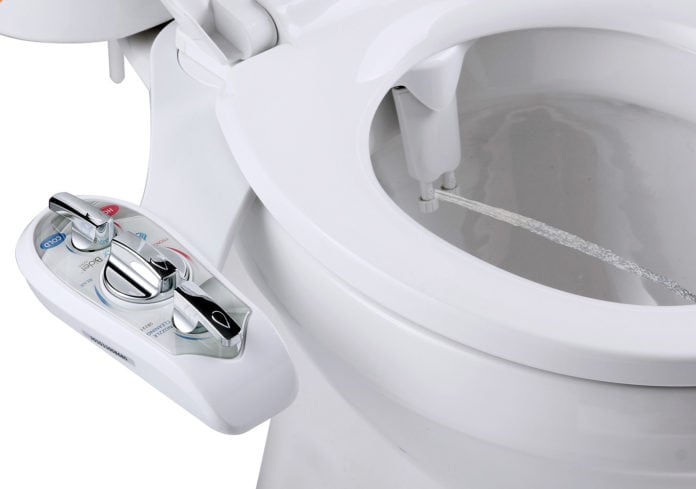 Have you ever considered how much toilet paper you use in a day? And how much that daily usage adds up when everyone is doing it?

But what alternatives are there?

One solution that is gaining popularity is the bidet. Using a bidet can reduce your toilet paper consumption by between 75% and 100%.

Already widespread in many parts of Europe and Asia, the bidet hasn’t yet received widespread adoption in North America.

Low adoption can be partly attributed to the cost, given that combination bidet-toilets are more expensive than their standard counterparts, and part could be simply due to a lack f cultural acceptance and thinking they’re strange.

In an effort to bridge this gap and increase bidet adoption worldwide, Superior Bidet has launched a new add-on for any standard toilet that turns your regular old toilet into a toilet-bidet combo. 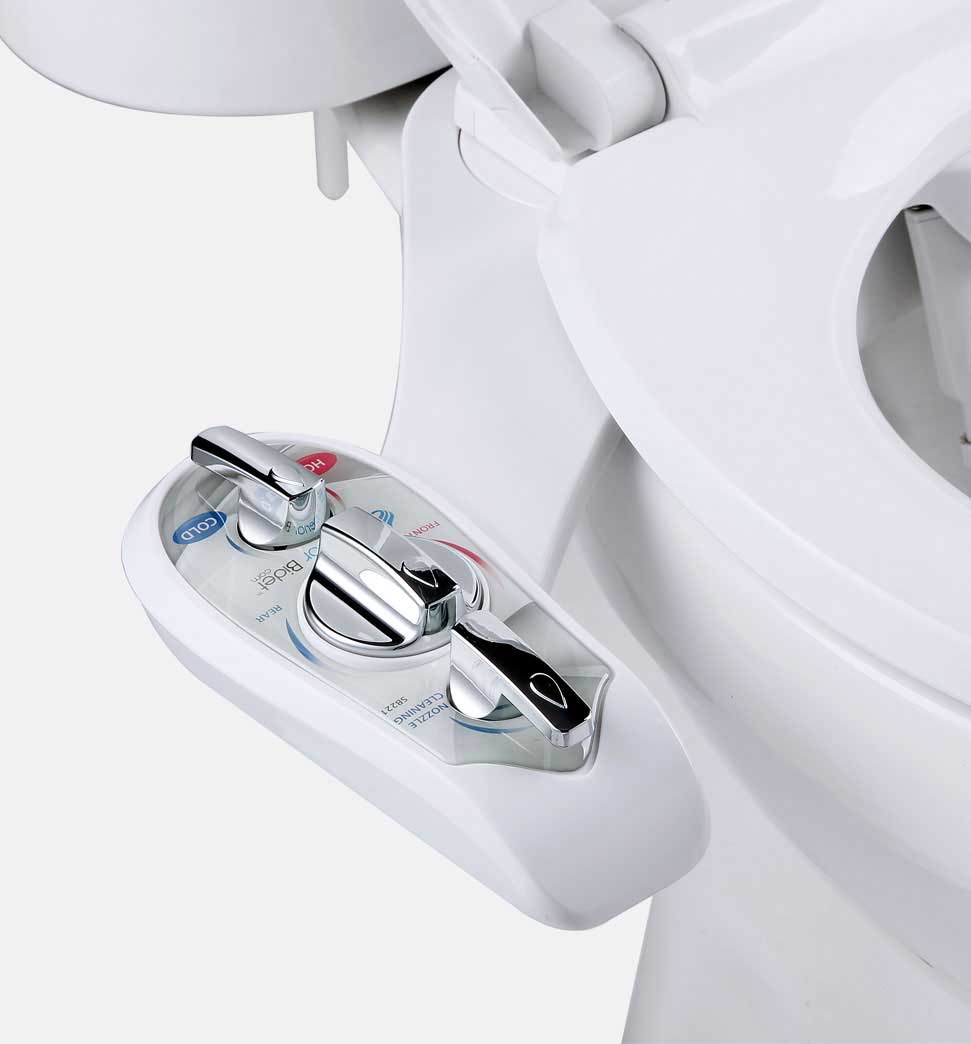 You might think re-jigging your toilet to have a built-in bidet would be a difficult process, requiring a plumber and a weekend of bathroom renovations. But it couldn’t be further from the truth.

Setup for the Superior Bidet takes between 15 and 30 minutes, and requires only a wrench and a screwdriver to install. It’s simple enough that anyone could do it themselves.

Related:
5 Reasons to Make the Switch to a Composting Toilet

To install, you just pop your toilet seat off, hook a T-adapter up to your existing water line to pass water to the bidet, then pop the seat back in place. 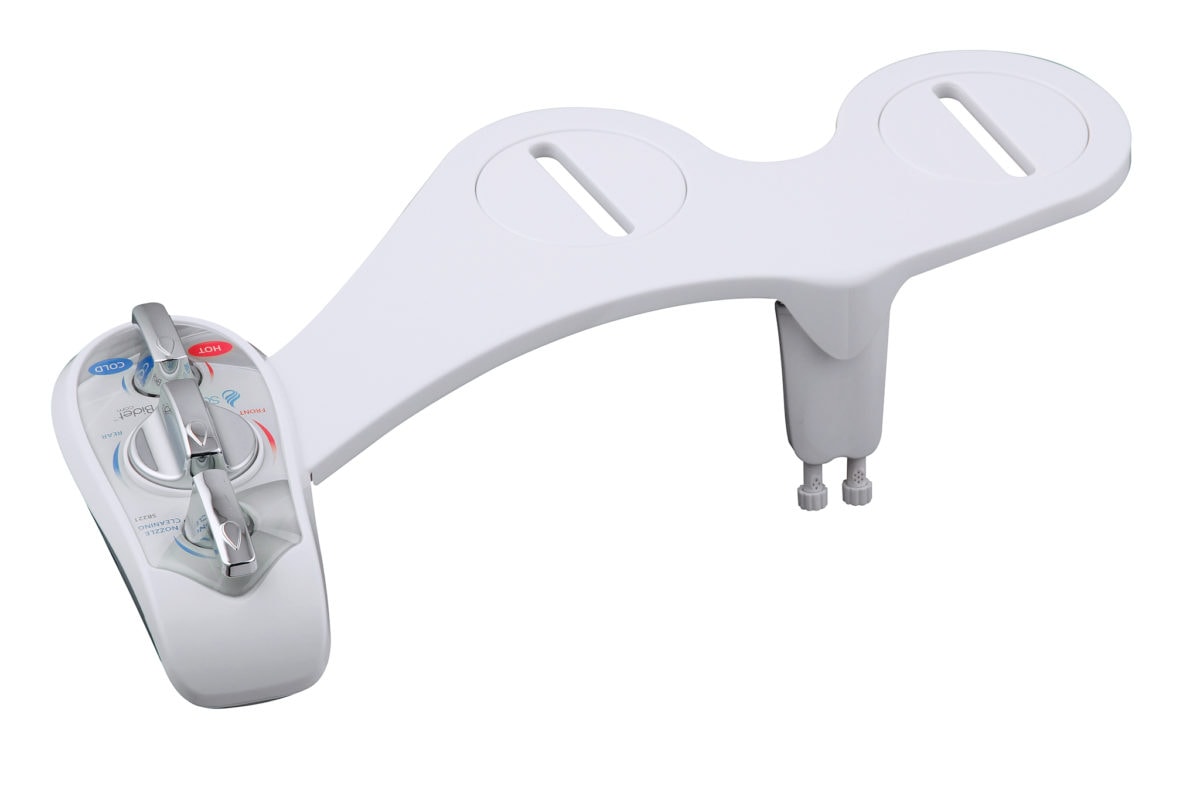 When you’re done, you’ve got a fully functional bidet feature built right into your toilet.

It’s non-permanent, so if you move homes or apartments, you can detach it and take it with you to your new home/toilet.

Superior Bidet comes in a few different models, offering both a “front” and “rear” spray action, as well as a cold and hot water option (though compatibility with hot water depends on the configuration of your bathroom and how accessible the hot water line going to your tap is from your toilet). 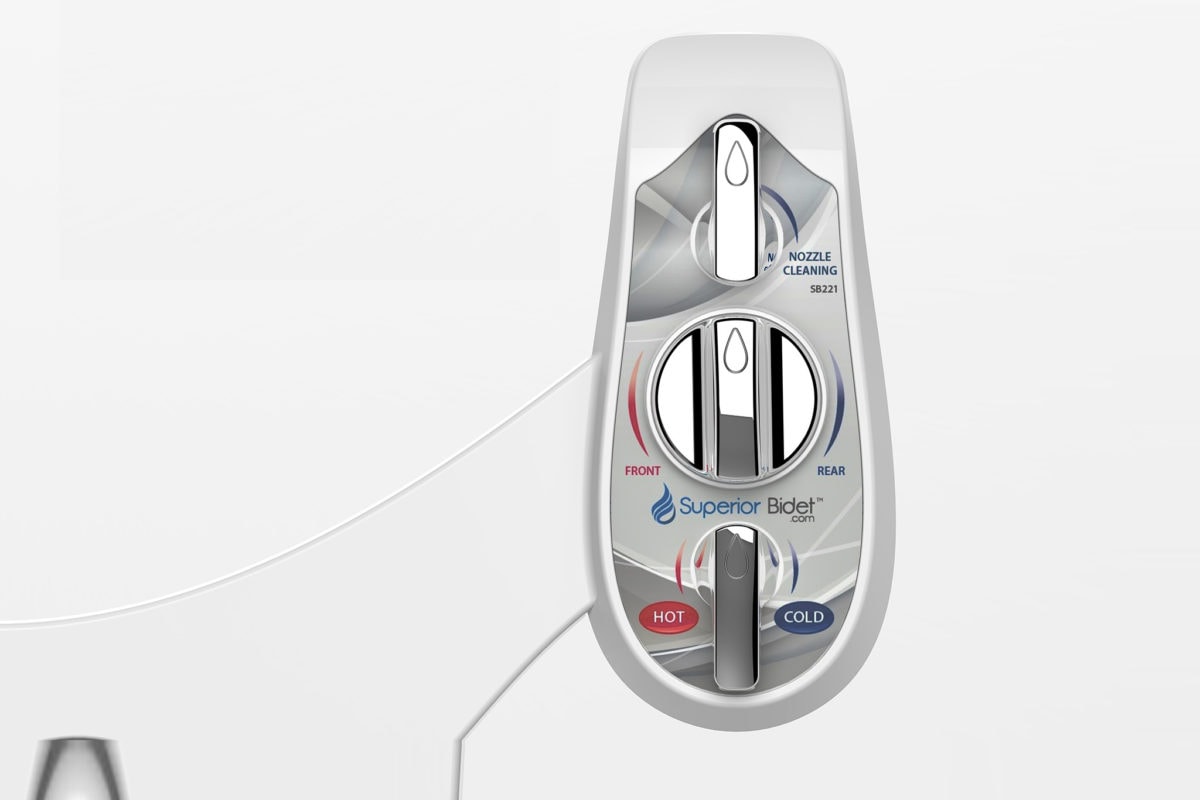 Once your bidet is set up, you can say goodbye to your 23.6 rolls of toilet paper a year.

Some bidet users cut toilet paper out altogether by opting to ‘air dry’. Others are comfortable using a washable, reusable hand towels for a towel-dry.

Beyond the massive environmental benefits, it should be obvious that using a bidet is also a much cleaner solution to your bathroom activities. Nobody wants to use TP, and now there’s a viable option so you don’t have to.

Those who choose to continue using TP for their dry-off use only a fraction of the paper they would have otherwise, and are more willing to use a more sustainable type of TP, that may have otherwise been too rough for their liking.

Sustainable Bidet is also budget-friendly, with its entry-level model retailing for $69.99 – and a cost you’ll quickly recoup by cutting down your toilet paper consumption.

Related:
Should All Environmentalists Be Vegan?

If you’re wondering about the environmental impact of your increased water consumption compared to your paper consumption, it actually takes more water to produce the toilet paper you would have used than you’ll be using in your bidet.

Superior Bidet states that 3.7 gallons are needed for the average person’s daily toilet paper use, and a bidet cuts that amount down by a whopping 90%.

So you’re not only saving the trees, you’re conserving water as well.

To further its mission to save water, Superior Bidet is partnered with Water.org, a non-profit co-founded by Matt Damon. With every purchase of a Sustainable Bidet, the brand donates 2-years’ worth of clean water to an individual in the developing world.

Find out more about Water.org in the video below:

Superior Bidet is a well-made product that is incredibly simple to install, and allows anyone to reap the benefits of a bidet from their standard toilet.

Most importantly, it empowers people to make their home significantly more sustainable, by eliminating your paper consumption, and reducing your overall environmental footprint by cutting out the environmental impacts of toilet paper production and shipping.

We give this product 5 Stars Overall and strongly recommend purchasing one.