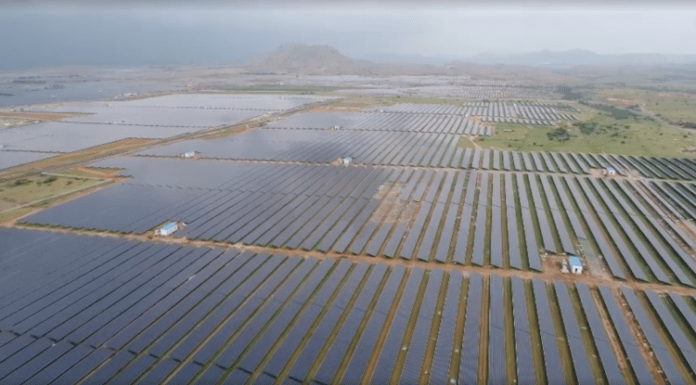 The world’s largest solar park – with a 2,000 MW capacity – will be in full operation by the end of 2018 in Karnataka State.

At 5,261 hectares – with the land rented from more than 2,000 farmers – the solar plant is anticipated to change the landscape of electric generation in the world’s biggest democracy.

The first 600MW phase at the Pavagada Solar Power Park was officially inaugurated this week, with the remaining capacity to be completed by the end of 2018.

It hopes to bridge the gap on many levels – not least serving the community with much- needed power and utilizing land that has fallen to drought and crop failures for many decades, forcing farmers to migrate away.

In our quest for #NavaKarnatakaNirmana, the World’s Largest Solar Park of 2000MW capacity will be inaugurated at Pavagada today

This mega project was conceptualized, planned & built in just 3 yrs & is testament of our commitment towards development#WorldLargestSolarParkbyINC pic.twitter.com/FbR0cLvYqw

Karnataka’s energy minister DK Shivakumar claimed the US$2.53 billion project would take Karnataka to the cutting edge of sustainable energy, not only in Asia but the world.

He added the park had been three years in the planning, but that journey was close to finishing in 2018.

What has been the bedrock of the solar park has been a unique lease plan between the national government and the land’s owners.

The government took on a long-term lease from the 2,300 farmers who are now eligible for $322 rental per acre – and a 5% upward revision in rent every two years.

The lease can’t be broken by the farmer, and the land has been leased back to the developers of the park.

This means the farmer still has rights over the land at the end of the plant’s life and the total cost is being stepped out over years rather than all at once.

Mudit Jain, a consultant at Bridge to India, said this was the first time the lease had been seen in India, and also as a test as other leases in other Indian states directly between the farmer and project developer had failed due to fear the farmer would cancel the lease a few years later.