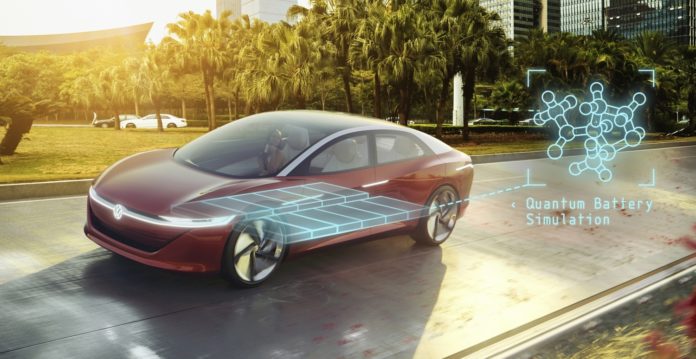 Volkswagen says that quantum computing technology could help come up with a “chemical blueprint” that will speed up development and production of electric vehicle batteries.

The technology, according to VW, can analyze and build a specialized and customized car battery for future green cars.

With this sophisticated technology, researchers will simulate relevant industrial EV battery molecules that will, as a result, create the future compounds to be used in EVs.

Researchers said that with Quantum algorithms, they could come up with batteries that focus on weight reduction, power density maximization, and the arrangement of cells depending on the needs of that particular car.

Volkswagen also said that the researchers would come up with a usable design of a battery after the above processes are completed. This will reduce the time and energy used currently to develop electric vehicle batteries.

“We are working hard to develop the potential of quantum computers for Volkswagen. The simulation of electrochemical materials is an important project in this context. We are convinced that commercially available quantum computers will open up previously unimaginable opportunities. We intend to acquire the specialist knowledge we need for this purpose now.”

Google and D-Wave are providing VW’s data scientists and computer linguists with access to their Quantum computing systems for the development of this highly specialized battery.

Volkswagen will show their research data at the CEBIT tech show in Hanover, Germany this week.

The partnership with Google and D-Wave to employ the Quantum computing technology in developing specialized future electric vehicle battery is a big boost to Volkswagen. The German automaker has been quite aggressive in their electrification strategy.

The company’s plan is to introduce an electric car each month beginning in 2022 and produce a total of 300 EVs from all its brands, which include Volkswagen, Audi, Seat, Bentley, and Skoda.

Volkswagen says that most of the electrified cars will be improvements on their current models as well as the future ones. The electrified versions will range from mild-hybrid, plug-in-hybrid and battery-electric vehicles.

The company is coming up with nine production sites to accommodate all the cars. This number will increase to 16 locations by 2022.