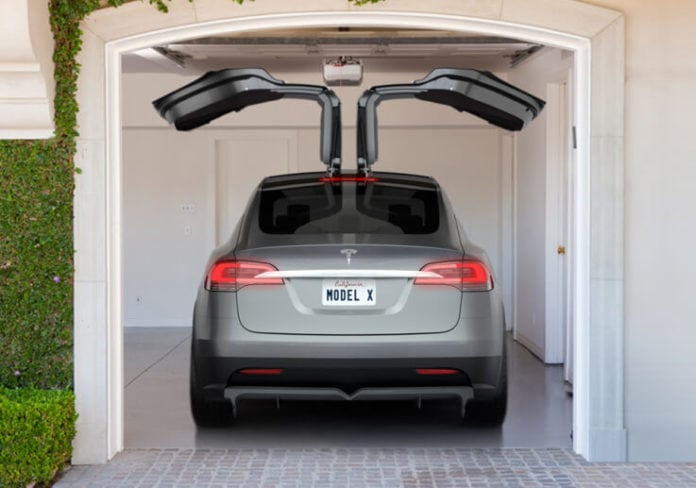 The much-anticipated Tesla Model X is going to be hitting the roads soon, the automaker announced today in a letter to its customers who had placed reservations for the vehicle.

The all-electric SUV has been shown off many times at auto shows and in test drives, with its most notable feature – falcon wing doors – making it easily identifiable from other cars like it.

But until now, Tesla hasn’t given any indication when it would be officially released. According to its announcement, the first vehicles for early reservation holders will be in production in early 2015, and according to its website current reservations will be delivered in the fall of 2015.

Though there is still no official release date, early 2015 is the closest anyone has gotten to knowing when it might arrive.

In its letter, Tesla said:

Falcon wing doors, all-wheel drive, and the most stylish way to combine an SUV’s utility with a sports car’s performance. Model X will be a production car that exceeds the promises made when we first showed the concept.

In the fall, we’ll start building Model X prototypes on a newly expanded and integrated production line at our factory in Fremont, CA. The first Model X cars for you, our reservation holders, will be produced starting in early 2015.

We’re pleased to confirm that the falcon wing doors will be a defining feature of this exceptional car. Not only do these doors look amazing, but they also make getting in and out of the Model X so much easier than would a conventional front-hinged door. You can even do it standing up.

We’ll also deliver a level of functionality and practicality that will exceed what you saw on the concept vehicle. We can confirm that all-wheel drive will come standard for Model X, and you’ll have the option to add a third row of seats to carry more passengers. You’ll also be able to fold down the second and third rows to create a flat platform for storage. When it comes to charging and long distance drives, Model X will be able to take full advantage of our rapidly growing Supercharger network.

These features combine to offer power, speed, and space – all packaged in an all-electric vehicle that looks and drives like it comes from the future.

We’ll have more to say about Model X in the coming months, so stay tuned for updates. Thank you for your confidence in Tesla.

It definitely looks like a car from the future – and with zero emissions to boot, it is how we should expect the future of automobiles to run.

Are you looking forward to driving a Model X when it’s released next year?