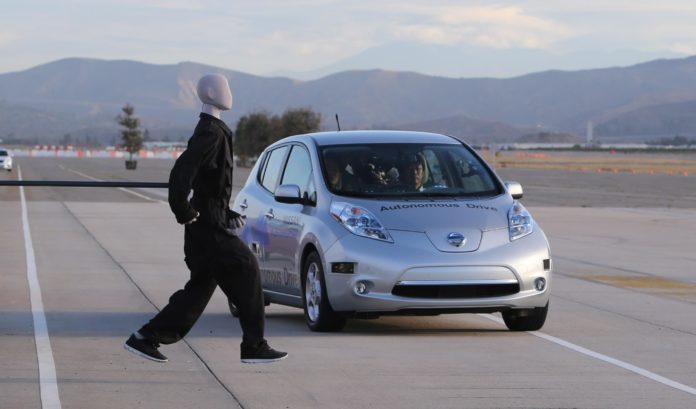 According to Carlos Ghosn, leader of the Nissan-Renault Alliance, challenges associated with the future of automated vehicles have little to do with technology, but instead is entirely related to the politics and the costs of potential accident liabilities.

“The problem isn’t technology, its legislation, and the whole question of responsibility that goes with these cars moving around… especially who is responsible once there is no longer anyone inside.”

Nevertheless in the wake of an April/May 2014 United Nations agreement that loosened EU rules associated with the development of self-driving cars, it is likely that the emergence of fully-automated European ‘driving-experiences’ will begin to appear by the end of 2018. Currently Mercedes Benz, BMW, Audi and now Nissan-Renault are already working on practical solutions based on the new rules-change.

“We have developed a car that can drive autonomously. Now the legal framework needs to follow suit,” said a Mercedes spokesperson suggested right after the U.N. change was announced. And this sentiment was furthered echoed by Daimler’s research Group, Thomas Weber, “Today, I am only allowed to take my hands off the wheel to a limited extent. Thankfully the Vienna Convention on Road Traffic has been (forever) changed.”

However, while the EU is already leaning into the premise of self-drive U.S. development is moving at a more leisurely pace, primarily due to concerns related to the impacts driven by the potential of accidents “(We’ve) seen stuff that (makes) us a little nervous,” says Christopher Urmson head of Google’s autonomous vehicle group.

So, while the Europeans go full-steam toward fully auto-attended future, U.S. designers are operating more on a basis of futurism rather than reality, “I do not expect there to be driverless taxis in Manhattan in my lifetime”, says MIT researcher John J. Leonard.”

Nevertheless, work is moving ahead, even if it’s only Google doing the driving, “Obviously it will take time, a long time, but I think (self-drive) has a lot of potential,” says Google’s self-drive guru Sergey Brin. But then, of course he would.