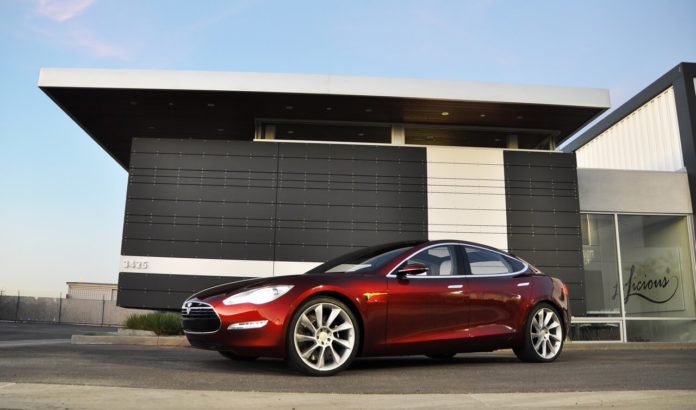 To be sure, headlines are usually a bit hyperbolic, and particularly when it comes to editorial leads derived by investment bank analysts (who usually have one or more revenue dogs in the fight). Not only are the practical results produced by these word-a-thons usually overwrought, they also typically create piles of crape’, once all the counting is completely counted.

This is clearly true in the case of a recent LA Times Business article citing Morgan Stanley who suggests that Tesla Motors is now the “(…) most important car company in the world.” Well hardly; because as the Dot.com implosion amply illustrated, if one attempts to bank on beach property in Kansas, the only growth involved is usually the concentration of wheat dust left after an F5 leaves town.

Nevertheless, the investment bank is obviously doubling down on the promise of what they see as the ‘next…best…way’ to shake change out of American pockets. Consequently, the firm has their researchers on the street these days hyping the media on Tesla’s value including this gem; “Tesla is…emerging as an emblematic force in America’s effort to foster high tech manufacturing job growth,” says Stanley’s Adam Jonas.

Wow, now that sort of sounds like one of Elon Musk’s ‘higher, farther, deeper’ SpaceX messages don’t you think? Following that thinking it suggests that we are really only 200,000 – 300,000 commercial payload deliveries away from curing cancer. However, this is the auto business – not near-earth orbit. And after all the fairy dust settles, the wages of reality continue to weigh heavily against the ‘little electric car company that could,’ while at the same time flying in the face of Messers Morgan and Stanley’s “…most important car company” assertion.

For example, projected numbers for FY 2014 suggest that over 16 million cars will be sold by year’s end, and according to business statistics provided by online research firm IHS.com, only 2.5% of the total sales volume will involve ‘alternatively powered’ vehicles. Granted, much is currently being made about the aggregated year-over-year growth of EV and PHEV sales when compared with traditional vehicles; where the alternative category expects nearly 22% year-over-year growth, yet the traditional vehicle segment is projected to only produce an expansion of only 3.6%.

However, overall economies of scale clearly apply in this case, while at the same time working around an enormous apple v. oranges conundrum since any direct sales volume comparisons must be subjectively measured and factored between the sheer numbers of alternatively powered brands in the market, versus the number of traditional auto brands.

Nevertheless, and old school math aside, how a reputable investment bank could baldly assert that Tesla is the “most important car company in the world”, when Nissan, Toyota, Honda, Hyundai-Kia, BMW and Mercedes are already more important to the middle-income market than the San Carlos operation, is as ludicrous as it bombastic. Following that logic, then, MCI would still be the most important global communications network for commercial and residential voice/data interaction; and we know how that snake oil evolution turned out.