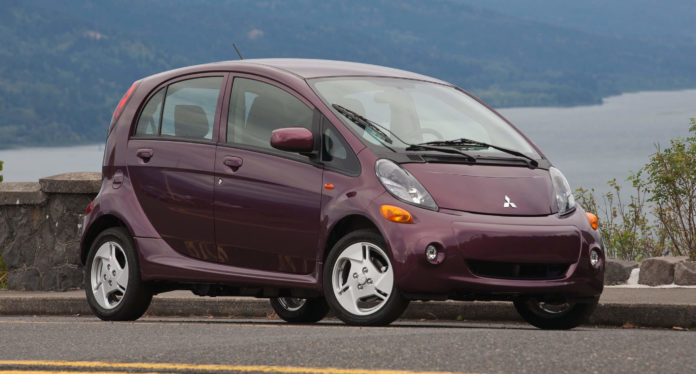 The highly anticipated Mitsubishi i was officially released today in Hawaii, where a special event was held and Mitsubishi’s Executive VP handed the keys over to the first owners of the electric car in the state.

Hawaii was selected as the first test market for the i because of the state’s impressive clean energy rebates. In particular, Hawaii’s clean energy rebate program gives those who purchase an electric car with substantial discounts and tax credits, bringing the overall cost of the electric car to about $16,000 (normally $28,000).

The new car owners had this to say about their electric Mitsubishi i:

“We purchased the 2012 Mitsubishi i primarily to save on gas – we currently spend about $70.00 a week on fuel. But it should cost us only around $3.00 for a full charge of electricity – that’s going to be a great savings for us! Long-term, the Mitsubishi i should save us at least $3,000 a year,”

The Mitsubishi i is the EPA’s fuel economy leader, reaching the equivalent of 112 MPG using Mitsubishi’s proprietary MiEV technology.

For more reasons why the Mitsubishi i is sure to be a fierce competitor to the Nissan Leaf and Chevy Volt, be sure to check out this article: Mitsubishi i Electric Vehicle to be Released in November