Greener IdealHelping you live sustainably
More
Home Featured Is This the End of The Supercar as We Know It? 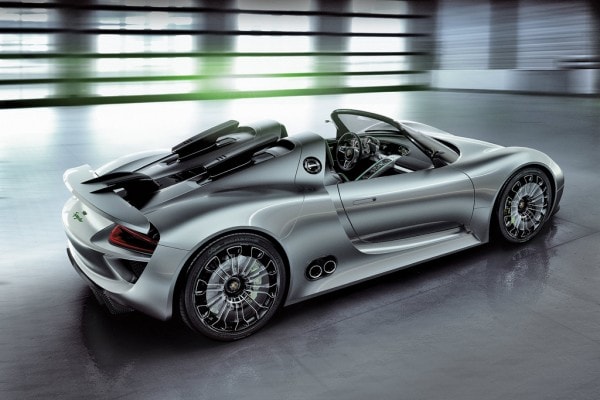 It’s going to be a big test for supercar lovers in the near future as more and more marques begin to lean into the way of the hybrid.

Some might think that manufacturers such as Maserati are succumbing to the need to be more green with their proposed return to turbo engines when their new range of vehicles are launched in a year or two, but now some are taking it that one step further with electric motors.

Porsche have already made the leap into the hybrid market with their Panamera super-saloon and also with their GT3 Hybrid Cup racer that has already made numerous appearances such as last year’s Nurburgring 24 hours meeting.

Later this year we are set to see the Stuttgart based outfit launch the production model of their 918 Spyder that is currently in its final testing stages, with its KERS based motor adding over 200 bhp to an already potent V8 engine that is already delivering over 500 bhp itself, bringing the total power to something around the 800 mark.

Now Ferrari too seems to be entering the frame, with their replacement for the legendary Enzo all but confirmed to be powered by another type of KERS system and is a car we should be seeing in the near future.

Spy shots of the test mule have shown the car’s number plate to have a distinctive ‘S’ which would mean the vehicle is registered in Stuttgart – home of electrics masters Bosch.

We’ve already seen the Modena-based manufacturer place a Stop-Start option on California and is thought to be just the start of the veteran supercar producer’s plans for a complete turnaround on how their engines are designed.

Like Porsche’s upcoming 918 project, the Enzo replacement will be helped massively by this electric intervention and the numbers floating around tend to be around the 1000 bhp mark, which obviously would make for Ferrari’s most powerful production car after the recently revealed F12 Berlinetta.

Many purists may be upset with the new direction of their favourite badges, but there are no plans to take their engines down the diesel route (apart from Porsche obviously) and it’s not like supercar owners will be considering a fuel card anytime soon.