Cadillac has announced that they will be providing and installing home charging units for free to early buyers of their plug-in electric ELR coupe. This model began production in 2013 by General Motors and is essentially just a re-tuned Chevrolet Volt as it shares many components including powertrain and battery system. Cadillac has not mentioned how long they will offer this deal but their chief marketing officer has been quoted saying, “Professional installation of the fastest home-charging unit is a natural way to mark the introduction of ELR to the luxury market”. This seems like a great incentive to get people in the driver’s seat of these luxury cars.

While on paper it appears to be a re-skinned Volt, GM has made slight adjustments to a few of the systems and features for the ELR. They have tuned the electric drive system to adjust the battery’s output that has resulted in 58 more hp. The ELR does weight more than the Volt so this translates to a slightly shorter electric range, 56km compared to 61km in the Volt. They both have the same 1.4L EcoFLEX LUU inline four gas engine under the hood giving the ELR a total range of 480Km.

The Cadillac ELR is being offered on an “ultra-low mileage”, 39-month lease. For those who qualify, it will cost you about $700 a month with $6,000 down at signing, which is about the same price as the new Cadillac Escalade Hybrid. This new Cadillac comes with an eight year, 100,000 mile extended battery and propulsion warranty and a four year, 50,000 mile bumper-to-bumper limited warranty. 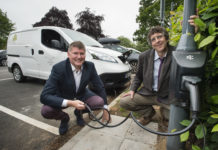 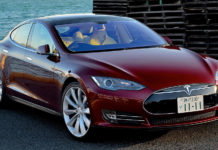 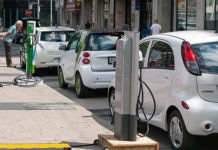