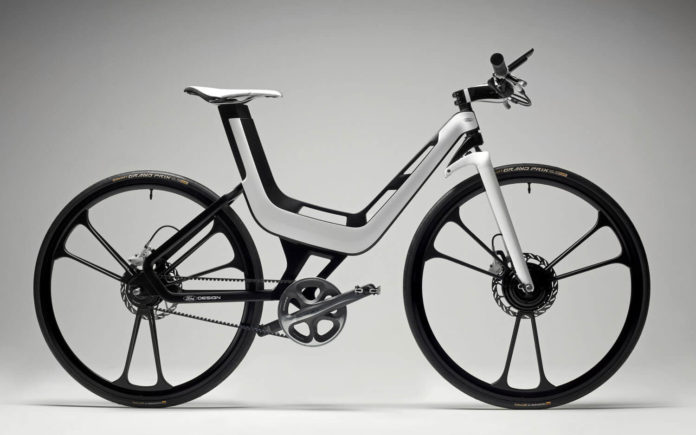 E-bikes are so popular these days, even major automative manufacturers are throwing their hats in the ring.

The first of which is Ford, who this week revealed their E-Bike concept, pictured above.

According to The Ford Story,

The E-Bike has a trapezoidal frame profile, and has been constructed from aluminum and carbon; the frame weighs about 5 pounds. The wheels have a six-spoke V-design, while the drive system is hidden, creating a clean, minimalist appearance. Power comes from a drive system featuring a motor in the front wheel hub, with a lithium-ion battery concealed in the frame, promising a range of up to 52 miles on a full charge.

The only bad news is that Ford currently has no plans to produce the e-bike for mass consumption – but with the growing popularity of electric bikes, the bikes may be coming sooner than later.