Following up on their own announcement that the Chevrolet Volt assembly plant in Detroit would be solar powered, GM has just released details outlining a landfill-gas powered plant that will manufacture the new fuel efficient Chevrolet Sonic (pictured above) and Buick Verano.

The Orion Assembly Plant in Lake Orion Michigan, is set to be 40% powered by burning landfill gas collected from a nearby dump. Left untapped, landfills produce an enormous amount of greenhouse gases like CO2, sulfur dioxides, and nitrogen oxides, so not only is the burning of the gas for power saving GM from using coal or other non-renewable energy sources, it is also saving our atmosphere from unnecessary and unhealthy gases from being released.

An added bonus for GM: the switch to landfill-gas power is going to save their business over $1 million dollars every year in energy costs.

Although the 2012 Chevrolet Sonic isn’t as green as the Volt, it is a fuel efficient choice for the everyday driver who isn’t ready to take on an electric vehicle. Because the vehicle hasn’t been released yet, any announcement of fuel economy should be taken with a grain of salt, however GM Authority reports that the Sonic will achieve 40mpg standard, and significantly better gas mileage when driving on the highway. When released later this year, the Sonic will arrive in a 4-door sedan, as well as a hatchback.

Unfortunately, the Buick Verano isn’t nearly as fuel efficient as the Chevrolet Sonic, expected to reach only 31 mpg on the highway. However, it is a luxury vehicle, and as such no one would expect its fuel economy to be as good as a smaller sedan or hatchback.

But what both vehicles do have in common, is the plant they are being made in, and the significantly reduced environmental footprint their production will have. In addition to the landfill-gas power, the Orion Assembly Plant has also undergone energy efficient treatments to reduce the power consumption of its lighting, as well as the amount of waste produced.

All together, Chevrolet is making strong strides towards sustainability – both in the eco friendly vehicles it’s producing, and in the way it is manufacturing them. Keep your eye on the road later this year when the Sonic and Verano start hitting the roads. 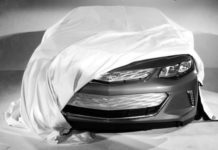 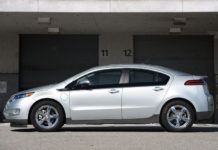 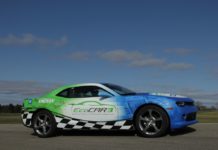 If a Chevy Volt Isn’t Enough For You, Try A Camaro Hybrid 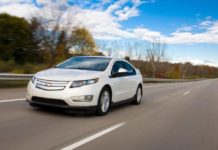 Chevy Volt Part Deux: Even A New Shade Of Lipstick May Not Help This Pig Fly