While 2009 was not a good year for many sectors, however the biodiesel industry really took it on the chin. And not all of it was related to the economy.

As politicians of all levels of government used the environment and alternative energy as major campaign issues, and continue to appear to support changes, some of the support seems to be “lip service” in lieu of real results.

In 2009 biofuel producers waited on the US Environment Protection Agency to roll out the updated renewable fuel standards (RFS2) where biodiesel is to be blended into the national fuel supply. The EPA said it intended to have that done in 2009. As 2010 starts they are still not implemented.

The United States Senate, overwhelmed with the health care bill, was unable to find time to renew the $1/gallon tax credit prior to their adjournment for the holidays. As a result the tax credit expired on December 31. 2009. While everyone in the industry expects the credit to be reinstated and made retroactive, it is causing many producers to question the commitment of leaders in Washington to the industry.

“It almost makes one wonder if there was some design to the way things happened” said Wayne Lee, CEO of Lee Enterprises, a biodiesel consulting firm.
“Just as government inaction made the smaller producers nervous, I look back at 2009 and note the massive investments that big oil has made in this industry” said Mike Shook of Agri Process Innovations, a design and engineering company.

“It just seems a bit odd to me, that while the (biodiesel) industry had several obstacles in 2009, big oil appears to taken the downturn as an opportunity to enter a depressed industry very cost effectively” said Lee. 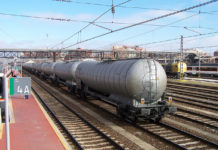 Biodiesel for Trucks: Not Necessarily Green

Biodiesel for Trucks: Not Necessarily Green