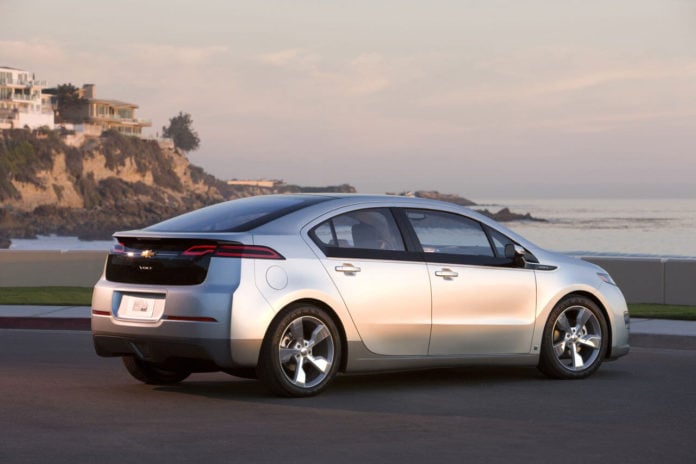 If the soon-to-be released Chevy Volt has you convinced that an ‘electric car future’ is right around the corner, you may have to think again. According to a study released by University of California, Berkeley, it may be another 20 years before we see a significant number of electric cars on the road, but it has nothing to do with consumer demand. In fact, it may be higher than ever. What is throwing a wrench into the battery powered gears is the uncertainty of how an electric car market will unfold.

Take for example the enormous number of charging stations that will need to be constructed in order to power the vehicles. The cost of building enough charging stations to support a society of electric cars will cost a whopping $320 billion alone, and will pull from the grid in such a way that we will need to exponentially increase the amount of energy we’re creating.

The other problem is the huge cost of the electric car battery. While some car manufacturers are looking to sell the vehicle and battery in a package deal, one of the best up-and-coming EV manufacturers, Better Place, is taking a payment approach similar to cell phone providers. In Better Place’s case, the driver buys the car, but the battery is owned by the company. This allows for the driver to be able to swap out batteries at drop-off points for extended driving ranges – a necessity for any long distance driver. Although in theory it will work, there is no telling if it will be as consumer-friendly as many people hope.

But all of this news shouldn’t be taken for granted. There are still a ton of people who can’t wait to get behind the wheel of an electric car. A recent study showed 57% of drivers in Israel want an electric vehicle as their next car, followed by Denmark and Australia with 40% and 39% respectively. 35% of Toronto drivers are looking forward to an electric vehicle, and 30% of American drivers are planning to get one as well. Even though this may be a bit misleading, as electric cars won’t be widely available for a few years to come, it’s interesting to note that almost 50% of respondents said they don’t plan to buy a gas-only vehicle as their next purchase.

However, what many people will be able to take comfort in is another statistic discovered by researchers: health-related savings from cutting the amount of car pollution on the roads by 2030 could total $210 billion! So even the infrastructure to support a new transportation system comes with a big price tag, there will be beneficial kick backs in other areas of our culture.

Be sure to keep that figure in mind when you’re shopping for your next car.