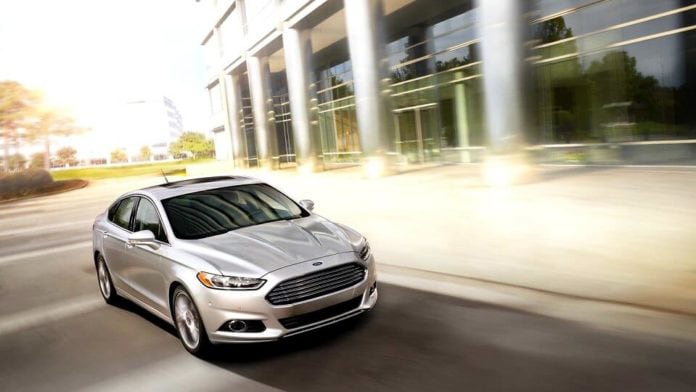 According to Ford Motor Company, the brand delivered 21,098 hybrids to the market during FY 2013. This was the first time that Ford had delivered more than 20,000 hybrid units in a single year, and was entirely based on interest in a mix of Fusion Energi, Focus Hybrid, C-Max Hybrid, and C-MAX Energi vehicles.

Along with the company’s sales attention to the overall market, Ford continued to increase its commitment to vehicle efficiencies, and this resulted in to some significant metrics. For example, a recent J.D. Power reports asserts that Ford hybrids are now known to be the most fuel-efficient hybrids in the market, particularly once the EPA recently granted Ford mileage ratings of 108 MPGe city, 92 MPGe highway, plus 100 MPGe combined for its multiple hybrid lines.

Those kind of numbers offer more than a 5 MPGe higher than the Toyota Prius, while at the same time suggesting an estimated $6,850 savings in fuel cost, based on a five-year amortization schedule. Consequently, Ford has seen significant increases in overall PHEV adoption, including 2013 year-over-year national sales upticks of 324% percent compared with 2012, along with realizing 16% of the total semi-electrified market.

Now, for the 2014/15 model years, Ford has entrenched itself further into the market, by extending the total range capability of its Energi vehicles to up to 620 miles based on a combination of 21 pure-electric miles, in concert with a estimated 600 mile ICE effort, (both metrics estimated on the basis of a full-charge, plus a full-tank of gasoline). Along with the range extension, the new vehicle touts a newly-designed heated steering wheel, inflatable rear-seat safety belts, and two new trim colors entitled Dark Side and Sunset.

According to Raj Nair, Group Vice President, Global Product Development, “Fusion Energi rounds out Ford’s list of available electrified vehicles perfectly by delivering another option to those who want to drive a hybrid without sacrificing comfort and convenience.”

Nevertheless, technology is still a hallmark of the Energi line and the 2014/15 mix continues offers some of the market’s most important innovations including:

Consequently, the 2014/15 Ford Energi line offers great balance between long-range, comfort, performance and price efficiency, that in turn, leaves the customer with more options than the eye can count.