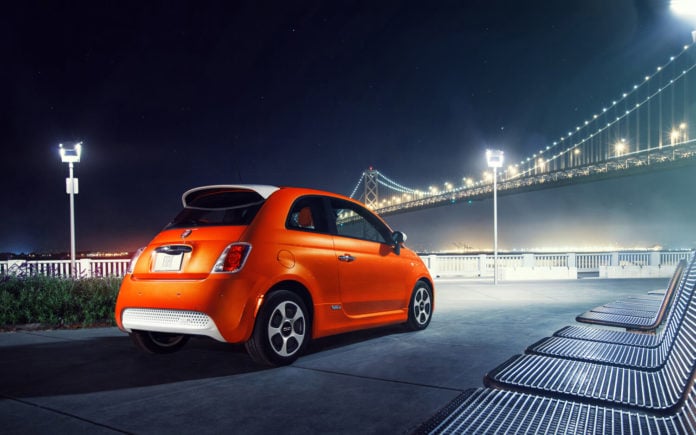 This year, the Los Angeles Auto Show was held between November 30th and December 9th at the Los Angeles Convention Center.  As usual, a number of automakers were on hand to show off their newest vehicles as well as their latest technological feats.  In 2012, most of the technology on display was either safety related or related to alternative fuels. For example, at this year’s show, Fiat introduced their 500e—an all-electric version of their recently popular 500 hatchback. According to a Fiat press release published by Auto Blog, the small EV was just awarded a 116 MPGe rating by the Environmental Protection Agency (EPA) for combined city and highway driving.

The MPGe rating is a score developed by the EPA, which is intended to make it easier to compare the fuel efficiencies of gas-powered and electric-powered vehicles.  As Fiat’s press release explains, “MPGe is the EPA-devised measure for determining how many miles an EV can travel on a quantity of battery-generated electricity that has same energy content as a gallon of gasoline.”  In addition to its 116 MPGe city/highway rating, the EPA also awarded the Fiat 500e a 108 MPGe highway rating and a 122 MPGe city rating.  Its range is estimated to be approximately 87 miles per charge.

Fiat says the 500e will arrive in dealerships—in California only—during the second quarter of 2013. The car was developed specifically to fulfill a California mandate that 15.4% of all new vehicle sales in the state be plug-in hybrids, electric vehicles, or fuel-cell vehicles by 2025. Though Fiat is indeed pleased with the fuel economy ratings the 500e was able to achieve and is also on board with the California mandate (in a surprising move, most major automakers supported the legislation passed last year), they cannot be too pleased by the fact that they are standing to lose about $10,000 on every 500e sold.