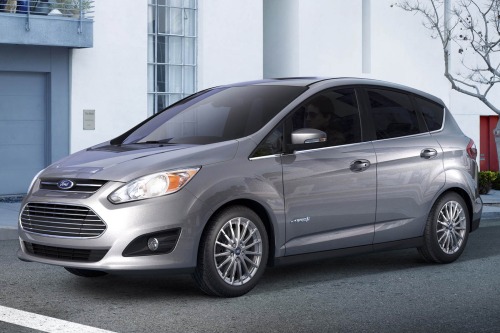 Ford Motor Company began researching green vehicles two decades ago and produced the Ranger EV in 1998. This limited-run vehicle was followed by the Escape Hybrid in 2004 and the Fusion Hybrid in 2009. The automaker has accrued millions of miles in battery data from these vehicles that is currently leveraged for green vehicle development. Ford announced last week that they have developed a new protocol for evaluating lithium-ion battery life. The Key Life Test (KLT) can predict battery pack performance covering 10 years or 150,000 miles of daily use.

Researchers at Ford developed a similar model for nickel metal hydride (NiMH) batteries in 2010. This protocol published in the International Journal of Energy Research was used as a starting point for KLT development. Ford’s Advanced Electrification Center in Dearborn, Michigan can use KLTs to assess battery performance based on myriad criteria. Each test is adjustable for battery location ranging from under the hood to under the rear seats. The KLT also uses outside temperatures to assess common strains placed on battery packs. Ford also notes that each simulation is customizable for driving styles ranging from casual to aggressive commuting.

The Advanced Electrification team goes beyond the KLT simulation to determine if their battery packs can withstand the rigors of driving. A simulation of temperatures up to 140 degrees Fahrenheit is used to determine if a Ford vehicle can handle Phoenix’s desert terrain. Ford also uses simulations of winter temperatures down to -40 degrees Fahrenheit based on conditions in Manitoba. Test drivers also run batteries through deep ditches to determine if exposure to moisture causes technical problems. This rigorous testing not only provides cover for Ford when promoting green vehicles but reassures consumers uncertain about hybrids and plug-in models.

Over the past 14 years, Ford has accrued massive amounts of information about their battery packs that made the KLT possible. A small run of Ranger EVs along with wider releases for the Escape Hybrid and the Fusion Hybrid meant substantial feedback from drivers. Ford worked with fleet operators from New York City to the Bay Area interested in reducing their fuel costs. A handful of fleet vehicles have reached 250,000 miles and total fleet operation exceeded 100 million miles. These experiences prove the resiliency of 50 million battery cells produced for Ford vehicles. The automaker claims that only six battery cells have failed, which is remarkable if accurate.

Ford’s more recent endeavors in green vehicle research are based largely on market research. The company commissioned surveys that revealed battery performance as the most critical aspect of hybrid vehicle ownership for prospective buyers. Consumer focus on battery life and reliability is understandable given substantial price premiums that still exist for battery-powered vehicles. Ford has invested $135 million to design and manufacture components for the C-MAX Hybrid, Energi and three additional models to be released next year. This investment along with innovations like the KLT allow Ford to reduce vehicle costs by 30% over previous generations while reducing development time by 25%.