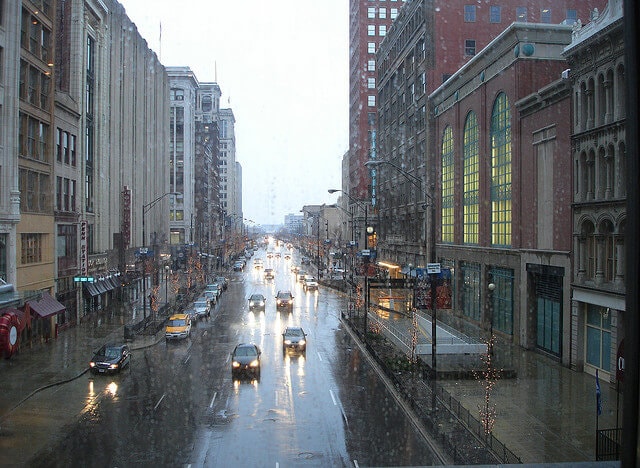 If all goes as planned, Indianapolis could become the first major U.S. city to replace its entire fleet with environmentally-friendly vehicles.

And although it may seem the move is driven by a green agenda, the city’s mayor says the priority is to reduce the nation’s reliance on foreign oil.

The Associated Press (AP) reports that mayor Greg Ballard signed an executive order this week requiring the city to replace its nearly 500 non-police sedans with electric or plug-in hybrid vehicles. The city will also work with the private sector to phase in snow plows, fire trucks and other heavy vehicles that run on compressed natural gas, and will ask automakers to develop a plug-in hybrid police car.

New vehicles would reportedly be purchased as older ones are retired. The city hopes to entirely replace its current 3,100-vehicle fleet by 2025.

Ballard is a Republican and a retired Marine Corps officer who served in the Persian Gulf War. He told AP that he hopes the switch helps reduce the country’s dependence on foreign oil, which he explained “exacts an enormous cost financially and in terms of strategic leverage.” Ballard, who took office in 2008, said he’s been considering the switch for years and that technological advances have now made it possible.

“Our oil dependence in some cases places the fruits of our labour into the hands of dictators united against the people of the United States,” he added to AP. Ballard went on to say that the environmental benefits of the switch are secondary.

City officials haven’t elaborated on how much the conversion will cost exactly. But Ballard has said taxpayers could save $12,000 over the 10-year lifespan of each new electric and plug-in hybrid, even though those vehicles currently cost more than the gasoline-powered sedans they’ll replace.