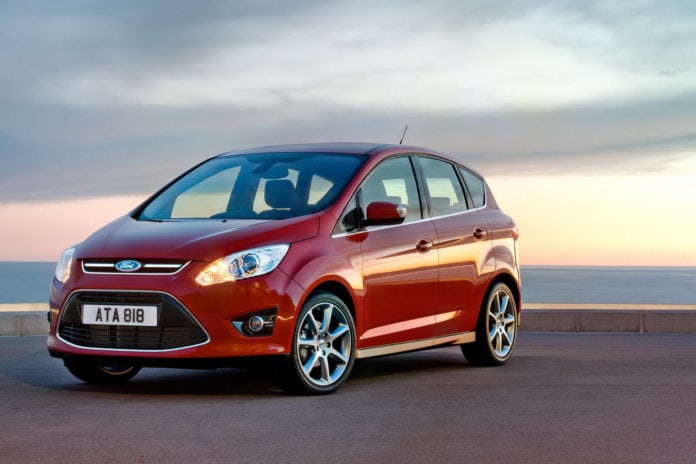 Though they insisted it was an honest mistake, about a month or so ago, Hyundai and Kia were caught exaggerating fuel economies across their expansive model line.  Yesterday, Consumer Reports accused the Ford Motor Company of doing the same. The consumer protection magazine is arguing that neither the new Ford C-MAX nor the new Ford Fusion Hybrid get the 47-mpg that the Dearborn, Michigan-based automaker advertised they would.  According to an Autoblog report, the publication drove each of the cars about 2,000 miles and only were able to achieve 39-mpg with the Fusion Hybrid and 37-mpg with the C-MAX.

Ford is insisting that its Fusion Hybrid and C-MAX do indeed live up to their advertised fuel economies.  In fact, they argue that they have been receiving reports from happy owners claiming that their new vehicles are actually getting more than 47-mpg.  Further, the automaker points out that the 47-mpg for the Fusion and 47-mpg for the C-MAX were certified by the Environmental Protection Agency (EPA).  Keep in mind, however, the EPA doesn’t actually test all the vehicles it certifies.  Rather, the agency merely audits the testing done by each automaker and certifies the process by which the proffered fuel economies came about.  The agency is only able to actually test and therefore verify the fuel economies of between 10 and 15 percent of vehicles from each model year, and it is unclear whether either the Ford Fusion or Ford C-MAX was tested by the EPA.

The EPA’s website however, claims that though the EPA has “improved its methods for estimating fuel economy,” fuel efficiency will still vary.  The site goes on to point out that EPA certified fuel economies are intended to reflect “typical driving conditions and driver behavior,” but that there are a number of factors that can have a significant effect on the fuel efficiency a car is able to achieve.  The factors they list include how and where the car is driven, the condition of the vehicle and the maintenance performed on it, variations between individual vehicles and fuels, and engine break-in.

Do you think it’s plausible that these factors were what led to the huge discrepancy between the advertised fuel economies of the Fusion and the C-MAX and what Consumer Reports observed?  Watch the Consumer Reports video on the Ford vehicles here.