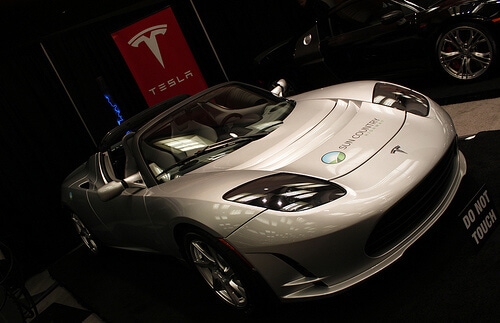 There is no doubt that green cars are here to stay. Fuel economy is something that has always preoccupied people because it saves money, but it has grown into a much bigger concern over the last few years because people decided that they want to limit the damage they cause to the environment by driving.

There is one problem, though, with the electric car and with green cars, in general: they are not really designed with people with a passion for driving in mind. For everyone that likes to put the pedal to the metal once in a while and feel some speed, green cars are usually a letdown. Up to now fuel economy simply did not allow for high performance. People were forced to choose between the two…until the Tesla Roadster.

Picture in your mind now your idea of an electric car and combine it with a Dodge Viper. The end result pretty much sums up the Tesla Roadster. It has been designed with speed freaks in mind, able to match the efforts put forth by some of the top sports cars out today.

The design of the car is the first thing that will attract motorists to it. It looks like a proper sports car. Anybody who does not know what the car is would never think it runs on an electric motor. Some might even find it familiar and if they do this is because it shares the chassis layout with another sports car favorite – the Lotus Elise. To give it more sporting credentials, the Tesla is made out of carbon fiber that ensures that the weight is kept to a minimum.

Inside people will experience more déjà vu. Again, the Tesla takes a lot of cues from the Elise. The two share the same dashboard and steering wheel among other interior features. However, motorists should expect to see a lot of dials and knobs that are specific to an electric car.

One of the biggest problems people have with electric cars is their very limited range. They can only do a certain number of miles until they need to recharge which takes hours. Since this technology is also relatively new recharging stations are few and far between and that is even for people living in big cities. One huge annoyance for electric car drivers is that they are constantly being forced to do math while they are on the road in order to determine where they will be when their car runs out of juice.

The Tesla Roadster, being a pure electric car, also shares these problems, but does its best to minimize them as much as possible. Charging does take a while; around 3.5 hours. However, its’ range is very impressive, being the first electric car capable of travelling more than 200 miles per charge. It should be noted that this would vary wildly based on the driving style of each particular person. However, this can also work in the motorist’s favor: in 2009 a Tesla Roadster set the record for the longest distance travelled in an electric car on a single charge with 311 miles.

There is no fuel mileage for the Tesla since it does not use fuel, but if it did it would be considered very economical. Currently, the US EPA, after extensive testing, places the Tesla’s range at 244 miles on a single charge. This is very impressive especially when people consider that the car will to 0 to 60 mph in 3.7 seconds. The efficiency of the Tesla Roadster, converted into traditional gas consumption would equal to around 120 mpg. This number is astounding, even when it is compared to other electric cars or hybrids. To put it simply, the Tesla Roadster is the most economical sports car in the world.

Related:   Is Tesla Motors Going to Change the World?

The key words here are sports car because that is what the Tesla is and it is priced accordingly. Just like a driver would expect to pay a hefty price for a traditional fast car, he will have to do the same for the Tesla. Currently, it is priced at $109,000 and the costs don’t stop there. At a price tag like that, if you buy one of these cars you can expect stellar auto insurance bills as well.

The silver lining is that green cars usually get a 10% insurance discount right off the top of their insurance premiums. There are also car insurance comparison sites such as CheapFullCoverageAutoInsurance.com that can help track down the least expensive insurance for a car in this price class. These factors coupled with all the money you could save on gasoline once fuel prices shoot through the roof actually makes the Tesla price tag a lot less intimidating; possibly enough so to help you justify splurging on this performance packed green dream machine. 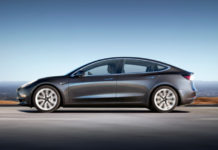