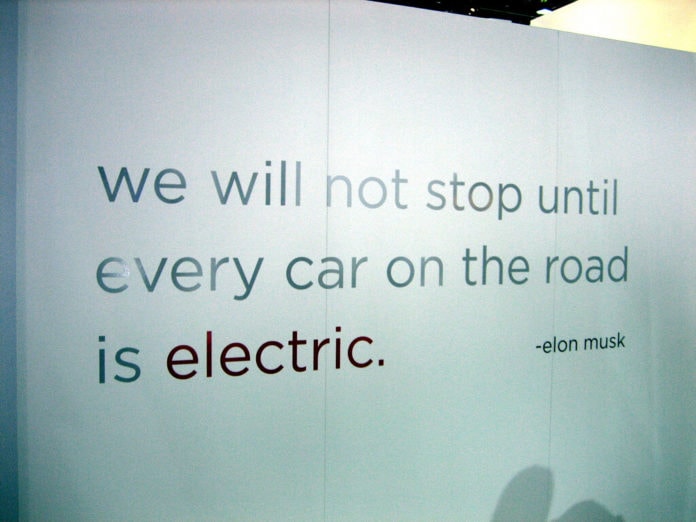 Electric vehicles (EVs) are becoming increasingly popular as cities all over the world started recognizing their advantages and introducing initiatives to promote the use of the plug-in transport. Although EVs are still largely considered to be somewhat ‘cars of the future’, there’s a rising global movement committed to making these electric cars a reality of today. In the recent major study, the International Energy Agency (IEA) analyzed this trend and found that only 16 cities and regions in the world account for one-third of all the EVs in use today.

The most successful EV region is the Kanagawa Prefecture in Japan.  Of all registered cars in the area, 2,183 are electric. The local authorities aim to have 3,000 EVs on the road by the end of 2013 which is a modest objective considering that more than 3,000 hybrids were sold within the first five years of their introduction to the market.

The second most successful EV city is Los Angeles. Mayor Antonio Villaraigosa wants to turn the ‘car capital of the world’ into the ‘electric car capital of the world’. The ambitious goal of 80,000 EVs by 2015 may be a surprise for those who are familiar with the history of plug-in vehicles in that region. In the 1990s, car manufacturers in California produced nearly 5,000 electric cars. A few years later, they were all destroyed or donated to museums as the local government “grew doubtful of consumers’ willingness of to accept the cars.” The u-turn in LA’s policy has resulted in more than 2,000 registered electric cars.

The IEA study took an in-depth look at the energy infrastructure, travel patterns and initiatives of 16 cities and regions all over the world. It found that all of these areas are actively pursuing development goals through different innovative policies and programmes. While some of the approaches are tailored to each city, many of the strategies are common. For example, drivers of electric cars are offered a mix of financial and non-financial consumer incentives, such as tax credits, purchase subsidies, discounted tolls, free parking and access to restricted highway lanes. The strategies also include specific projects such as sightseeing EV taxi service in Hakone (a town in the Kanagawa Prefecture). Other cities ahead of the game include Amsterdam, where the Gar2Go that allows members of the public to pick up and drop off pay-as-you-go electric cars all over city was introduced and Barcelona, where owners of electric motorbikes can charge their vehicle for free at hotels and university campuses.

Some of the projects also have an international focus. Shanghai is leading the Electric Vehicle Initiative (EVI) that plans to build a demonstration base for exploring sustainable development of urban transportation, organize automotive enterprise clubs and set up international communication platforms. Part of that initiative is the Test Drive/Ride Centre of China, set up to educate the public about EV development, history and future trends as well as to promote the environmental benefits of electric cars. This initiative was presented in the United States at the Clean Energy Ministerial and received positive response from France, Germany, Japan, Sweden, Spain, Denmark, South Africa and Portugal.

All of the top electric car cities and regions participating in the study have big plans for the future and aim to introduce even more EVs. That goal is supported by their national governments. By 2020, China and the United States jointly forecast sales of 2.5 million electric cars. The European Union has more optimistic numbers and predicts 20 million electric vehicles on the roads by 2020.

Whether this ambitious goal can be achieved within the next eight years is not sure yet, but the International Energy Agency study on the top EV cities and their initiatives indicates that we are definitely on the right track.