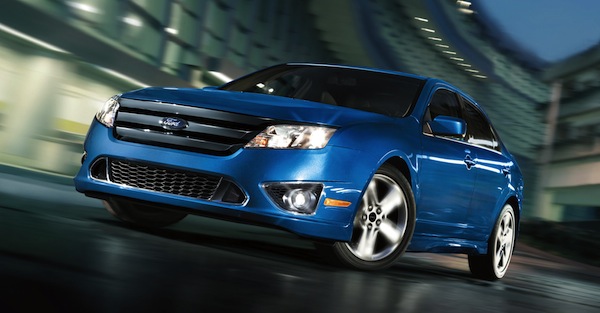 Every year, the automotive industry’s most respected car value resource—Kelley Blue Book or KBB for short—announces the winners of their Resale Value Awards. The Resale Value Awards project which vehicles from the upcoming model year will retain the most of their value five years down the road. Winners across a number of categories are selected as KBB names the top ten vehicles for resale value overall, a brand and a luxury brand winner, and three vehicles per segment that they suspect will be worth the most as trade-ins down the road. This year, Toyota and Lexus won the brand and luxury brand awards—marking a third victory for Lexus in almost as many years. And as far as other brands go, Honda—another Japanese brand—also fared well. The table below lists which individual vehicles KBB predicts will retain the most of their value in 2018.

Though no EVs or hybrids made the top ten list, the 2013 Ford Fusion won the “Best Hybrid/Alternative Energy Car” category. KBB predicts that the Fusion Hybrid will retain 59% of its retail value 36 months after it’s sold and 45% five years later. The second place finisher in the category was the 2013 Lexus ES 300h, which KBB says is likely to retain 61% of its $38,850 MSRP 36 months from now and 44% 60 months from now. The 2013 Honda Civic has yet to be officially released, however, KBB suspects it too will also retain 44% of its value in five years, though probably only 58% of its value will remain in three years.

In the “Best Electric Vehicle” category, GM’s Chevrolet Volt is projected to retain the most of its value in three years (46%) and also in five years (30%). Toyota’s new Prius Plug-In finished second in the category, retaining 43.5% of its value at 36 months and 29.5% at 60 months. The third place finisher was the 2013 Ford Focus electric with KBB predicting it to retain 39% and 26% of its value at 36 months and 60 months respectively. For a full list of winners in each category, see the table below.