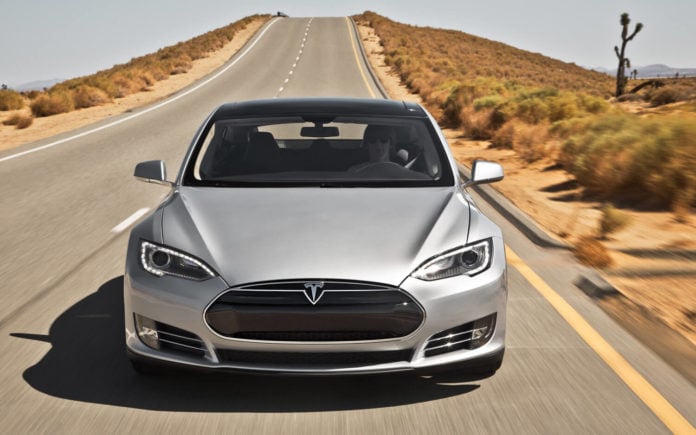 In a world where rapid technological advancement is the norm, the search for the perfect car has never been more exciting. For many, that search ended when Tesla Motors unveiled their Model S electric car. This innovative mix of luxury and eco-friendliness has gained the attention of famous celebrities and engineers alike. Not only is this car stylish, expensive, and completely electric, but Tesla also claims that the Model S is “the safest car in America.”

That claim has been put to the test as increasing reports of car fires involving the Model S have risen to the surface. Last month, Model S fires were reported in Washington State and Mexico, with an additional car fire taking place in Tennessee earlier this month. According to police reports, the fires in Washington State and Tennessee were caused by highway debris striking against the car’s lithium-ion battery pack from underneath, while the fire in Mexico was the result of a crash. For the record, all passengers escaped unharmed from the three accidents.

Consequently, U.S. National Highway Traffic Safety Administration announced they will be investigating the car company in an effort to get to the bottom of these accidents, and to determine if any agency action would be required. Some experts suspect the NHTSA will look for possible design flaws in the Model S’s battery pack that could make it more susceptible to fires.

The car fires and pending investigation could not have come at a worse time for the young car company, who is struggling to maintain an impressive sales volume and regulate a fluctuating stock price. If the investigation goes poorly for Tesla, stock prices could drop, and costly product recalls would likely be implemented.

In response to the NHTSA’s inquiry, and the increased media attention, Tesla CEO Elon Musk has taken to social media to put out the fire of bad press before it spreads. Musk posted the following on Twitter:

Why does a Tesla fire w no injury get more media headlines than 100,000 gas car fires that kill 100s of people per year?

While it is true that the Model S received the highest possible rating in the NHTSA’s crash test, Tesla has taken further precautions to make their vehicle safer by amending the warranty on the Model S to include fire damage. Tesla has also raised the suspension of every Model S on the road to avoid further undercarriage strikes. This was done through wireless transmission to the cars’ onboard computers.

The point of a federal investigation is moot in Musk’s eyes, as he announced on his blog yesterday, saying it is unlikely that the NHTSA would find anything of concern. He also said there was a larger issue at stake:

“If a false perception about the safety of electric cars is allowed to linger, it will delay the advent of sustainable transport and increase the risk of global climate change, with potentially disastrous consequences worldwide. That cannot be allowed to happen.”

So the question remains, are these fires merely isolated incidents, or do they signify a possible trend in electric car safety flaws? Karl Brauer, a senior analyst at Kelley Blue Book, told reporters at Bloomberg.com, “While only three Tesla fires have occurred, that’s three more than I’m aware of for [other electric cars].”

The Tesla Model S might be the closest thing we have to the ideal electric/luxury car, but it still has flaws. And while the future of alternative transportation can at times be uncertain, electric car technology can only get better—even if it requires a federal investigation.