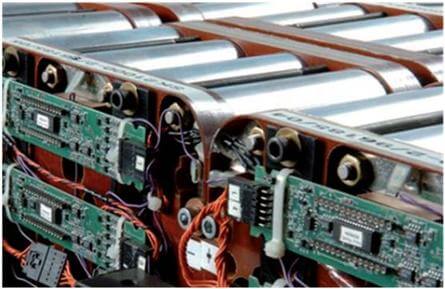 AutoBlog Green had some interesting news to report this morning.  Apparently Toyota is looking into potentially replacing the lithium-ion batteries in their hybrids and EVs with sodium-ion batteries.  Though at best it’s just a rumored possibility at the moment, according to the AutoBlog report, sodium-ion batteries would have the potential to turn EVs into what we’ve been hoping they’d be for a long time now: reasonably priced vehicles with extended ranges that don’t limit us to strictly city driving.

At a battery engineering conference in October, it was suggested that if sodium-ion batteries ever become a real possibility for EVs, they’ll be a lot smaller than the lithium-ion batteries that most hybrids and EVs are currently lugging around.  While lithium-ion battery packs are typically the heaviest part of any electric vehicle, a sodium-ion battery could weigh as little as a coin. Obviously reducing the weight of a vehicle will allow a battery to power it for longer periods of time, which will therefore increase its range.  Some are suggesting that with the lighter sodium-ion batteries, EVs may be able to travel between 300 and 600 miles per charge—that’s quite an accomplishment as the average all-electric range of available EVs is not even 100 miles per charge.

According to Nissan’s website, their Leaf EV has an all-electric range of 73 miles, while Chevy’s website says their Volt can go only 38 miles on electricity alone.  On the other hand, some of the higher-end EVs like the Tesla Roadster and Tesla Model S for example, have better all-electric ranges at 245 miles and 300 miles per charge (when equipped with the largest battery options). But as is expected, you’ll pay a lot more for a Tesla EV than you would for a Nissan or Chevy EV.  With the smallest battery, the Tesla Model S has a starting MSRP of $57,400 in comparison to the Chevy Volt’s $39,145 and the Leaf’s $35,200.

Speaking of cost, since EVs have been mass produced, the biggest problem for most consumers has been the price of them.  With the MSRPs above, electric cars are generally only accessible to those who can afford luxury vehicles.  We can’t all afford BMWs and Lincolns, so while it’s great news that EV ranges might be extended with the sodium-ion batteries, it’s even better news that their prices might be reduced.  While lithium is a fairly rare and thus expensive material, sodium is everywhere and therefore much cheaper for automakers to get their hands on.  Remember however, at this point sodium-ion batteries are just a possibility for EVs, but I’ll admit—I’m definitely looking forward to hearing more about them.