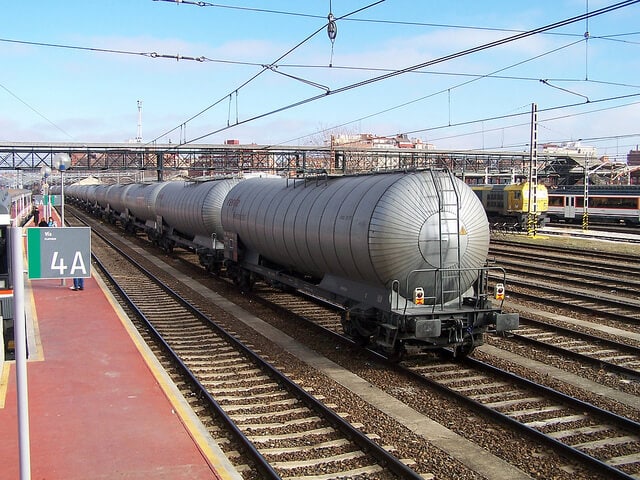 Bio-fuel is a big trend in the transportation industry right now. Biodiesel makes it easy for trucking companies to institute big changes in their business practices because many engines can run on biodiesel with little to no modification. In most cases, bio-fuel does burn cleaner than its more widely used counterpart. There are advantages, especially in an industry like commercial trucking that uses a ton of gas. The thing is that people view biodiesel with so many happy little rainbows clouding their eyes that they don’t realize the other inherent environmental implications it carries.

Biodiesel encompasses a few different things. It’s generally made of vegetable oil, but can also be made from animal waste products. It can be used on its own or blended with traditional fuels. The most eco-friendly form of biodiesel is made from vegetable oil waste (what might be left over from a fryer at a restaurant, for instance) but the demand is big enough that entire crops are harvested just for biodiesel.

The American Trucking Association (ATA) also approves of biodiesel because it seems to be cheap and easy to implement. The problem is that there are different kinds of bio-fuel and different growing practices, and those greatly impact the fuel’s environmental friendliness—especially when talking about such a large industry like trucking.

Now we start with the bad news. Though the fuel itself might burn a bit cleaner, it’s not at all free of dire environmental consequences. People tend to focus on only the direct carbon emissions from the fuel itself instead of considering other environmental factors that go into the production and use of biodiesel.

Related:
Poop Powered Cars; the Smell of the Future?

This isn’t to say that biodiesel won’t ever be viable, but right now it’s not making a big environmental impact. If farmers heated with biomass and not coal, limited their fertilizer amounts and paid close attention to the kind of crops they were growing, the carbon footprint might even out.

According to a Fox News report, Environmental Impact Assessment Review editor Eric Johnson reported that planting trees on that same land bio-fuel crops are grown on would do more good than switching trucks over to biodiesel.

However, in most cases that Johnson looked at, planting trees on the farmland and using regular diesel made a larger dent in carbon-dioxide levels than producing and using biodiesel. The article continues, “This is partly because commonly used fertilizers emit nitrous oxide, a greenhouse gas that has nearly 300 times more warming effect than carbon dioxide, which tends to get all the attention.”

The trucking industry does need to look to more environmentally friendly practices, but that answer might not lie in biodiesel. If biodiesel producers could effectively use and distribute vegetable oil waste and animal parts on a wide scale, it would be a viable solution. Unfortunately, it’s not currently possible to distribute that kind of bio-fuel to a necessary degree. There is a bright future in biodiesel, but we’re not there yet—fully incorporating biodiesel in its current form into the large machine that is the trucking industry would do more environmental harm than good.