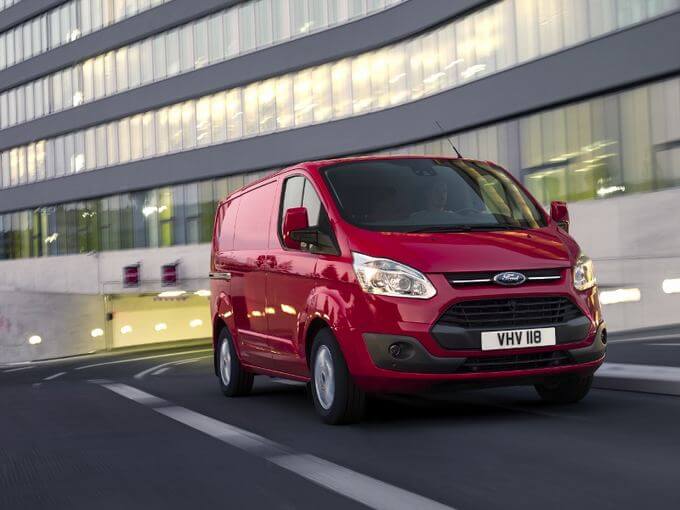 Ford has kept busy in recent months touting greener models like the C-MAX Hybrid and the Fusion Hybrid. The automaker has also catered to commercial clients interested in higher fuel efficiency without premium costs. This balance between green credentials and performance has been achieved with the Transit Custom ECOnetic, which is now available for pre-order in European markets. Ford will begin delivery to commercial clients by the beginning of next year but spent last week touting the van as a game-changer in this market niche.

The Transit Custom ECOnetic offers unprecedented versatility for delivery companies and businesses accustomed to drab vans. This one-ton van will be available with a shorter wheel base for entry-level customers as well as a long-wheel base for longer hauls. Ford also cited three trim levels with different curb weights to meet the needs of target consumers. An intriguing element of the Transit Custom ECOnetic is a spectrum of speed controls that enhance fuel economy. Couriers concerned about fuel costs can ask their Ford dealers to electronically cap speeds at 56 miles per hour before delivery. Ford also offers speed caps at 62 MPH, 68 MPH and 70 MPH for clients that need more acceleration.

A collection of new features including Acceleration Control and redesigned wheel wells help the Transit Custom ECOnetic reduce fuel consumption over predecessors. The Acceleration Control feature keeps the RPMs at the same level as when the van is fully loaded with cargo. Drivers could realize fuel savings up to 15% even without a fully loaded cargo bay while wheels and brakes will be spared from improper driving. A Start/Stop feature allows a driver to reduce carbon emissions by 10% when passing through cities. Ford tweaked the wheels on the Transit Connect by adding low-resistance tires and smoothing out wells for a smoother ride.

This latest entry in the Ford van fleet reduces fuel consumption by at least 8% compared to the standard Transit Connect. A fuel economy rating of 47 miles per gallon is possible with the 59 MPH speed cap. Ford estimates that a Transit Custom ECOnetic with the highest speed cap can achieve 38 MPG. The Transit Custom ECOnetic produces carbon emissions up to 159 g/km. Ford notes that this emissions level is comparable to the automaker’s high-end sedans despite the van’s more substantial frame and weight.

Ford first took aim at the delivery van market with the Transit Connect produced in 2002. This van brand took steps in a more eco-friendly direction with an electric version produced in 2010. The Transit Custom ECOnetic offers a middle ground for customers concerned about the upfront costs of the Transit Connect Electric. An intersection of lowered fuel costs, customization and proven performance by Ford vans should prove an easy sell to cash-strapped fleet owners. Ford has also developed a full menu of features like Acceleration Control and Start/Stop technology that will be the building blocks for future models.

Eco-Tourism in Europe: How to Have an Eco-Friendly Holiday