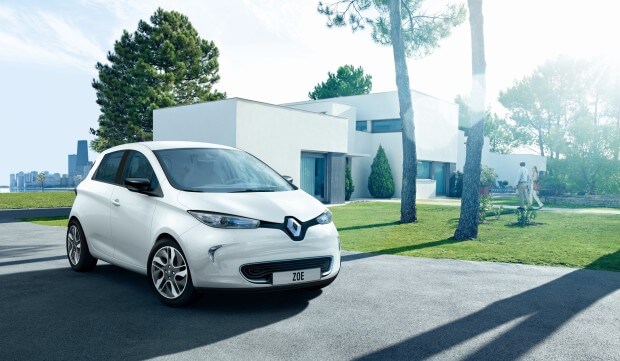 Over the last year or so, there has been a huge increase in the level of concern with driving within a big city such as Manchester or London. Factors such as population increases, pollution and safety have all been thrown around in debates regarding city driving. Even efforts to get fewer cars on the streets have taken effect such as London Mayor Boris Johnsons bicycle scheme.

Authorities, politicians and environment activists are constantly giving the motor industry a bad name by implying that the most damage to the environment is caused by cars. Although this could possibly be somewhat true, a huge effort has taken place to improve environmental health in cities. This is shown by the fact that over 90% of the UK’s public electric charging stations are in the city of London, suggesting the local councils are encouraging sales of electric cars in the city.

Obviously, we don’t condone buying a BMW X5 to drive around the city in, but there are plenty of cars that could be perfect for the city. Small compact super-mini’s or small family cars are great for getting around town in. Here are a few examples:

Nissan Leaf – The LEAF stands for Leading, Environmentally friendly, Affordable, Family car. And that’s exactly what the car is. Ideal for travelling through a big city where there are likely to be numerous charging points to put your car at while you’re on your travels. Being completely electric, the car achieves 0mpg with zero emissions.

Renault Zoe – The Zoe is effectively Renaults competitive answer to the Leaf albeit slightly more compact. Ideal for a single person to get from one side of the city to the other. The Zoe has a 130 mile battery range and again, being completely electric, has no emissions or mpg figures.

Smart Fortwo Electric Drive – Smart cars have become very popular in the UK. Their small compact design are perfect for British roads and although their engines are small, they are usually quite quick runners too. The Fortwo electric has all the bonuses of the standard Fortwo but with the added environmental friendliness.

Not all the above mentioned cars are for everyone. It could be argued that they are aimed at the young and trendy generation. However, there are still electric cars that could be seen as luxury and business-like. Such as:

Vauxhall Ampera – The Ampera has received critical acclaim by being one of the first electric cars to maintain good looks when it comes to business-class cars. This would be an ideal car to turn up to a meeting in. Its electric range is relatively low at 38 miles, but is ideal for short trips into the city and is extremely environmentally friendly.

Toyota Prius – The Prius is possibly the most famous environmental car and made the hybrid car trend popular. The Prius is not fully electric so it has a combined fuel consumption (both the electric and petrol motors) of 60mpg.

Not convinced by electricity?

There are still plenty of ways you can contribute to the environment by choosing a petrol or diesel car that provides low emissions; some are even congestion charge exempt. The motoring industry are working relentlessly to make production cars cheaper to drive, and with that usually comes lighter emissions figures too. What are your options if you prefer not to go electric or hybrid?

The Ecoboost range is designed to give the current range of Ford’s the same performance as traditional engine sizes, for less. For example the 1.0L Ecoboost engine can pump out 120bhp which is the same as a traditional 1.6 litre car. You also get the emissions and fuel consumption of a 1.0L car too which is a bonus. This is all done by a clever turbo that is built into the car.

Blue Efficiency is Mercedes range of eco cars. They are essentially traditional Mercedes models such as the C-Class but with an eco-friendly engine. The standard 1.8L Petrol engine C-Class has a combined fuel consumption of 47.9mpg which is very handy on the wallet. The added economy does not skimp away from the performance either with the 1.9L C-Class able to achieve a 0-62mph time of 8.5secs.

VW’s Bluemotion range is exclusive to their diesel engines and includes technology to make them more economical, environmentally friendly and just as good at the performance of their traditional engines. The Bluemotion technology is equally as impressive as the Mercedes Blue Efficiency, A 1.6L TDI with bluemotion technology will achieve nearly 70mpg.

Plenty to choose from

There you have it. You don’t need to by a bicycle and fancy running boots in order to efficiently get into the city these days. There are plenty of economical and environmentally friendly solutions with the latest technology in cars. If you’ve ever considered leasing a car it may now be the time to change your huge gas guzzler to something a little more planet friendly.