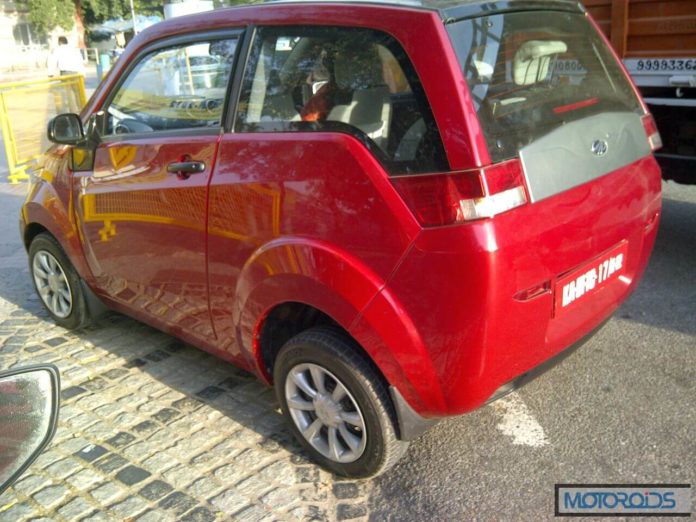 Mahindra & Mahindra recently created an electric vehicle division in order to attract consumers in a growing market niche. This Indian automaker not only wants to meet the needs of foreign consumers but change perceptions of EVs at home. Mahindra’s EV division announced that the first units of the E20 EV will roll off assembly lines in Bangalore by November. This diminutive all-electric city car borrows heavily from the Reva NXR (pictured) heading for international markets by 2014. The E20 EV has been designed not only for zero-emissions transportation but affordability in a competitive regional market.

Indian consumers have been found to be highly selective across various goods including high-end products like automobiles. Mahindra had already developed the Reva NXR as an international product that could be sold in Great Britain, Germany and Denmark starting late next year. The E20 EV inspired by this model has been tweaked to appeal specifically to Indian drivers. This plug-in model is powered by a well-tuned electric motor as well as a 48-volt lithium-ion battery pack. Designers at Mahindra chose lithium-ion cells in order to achieve lower ownership costs than lead-acid models favored in India. 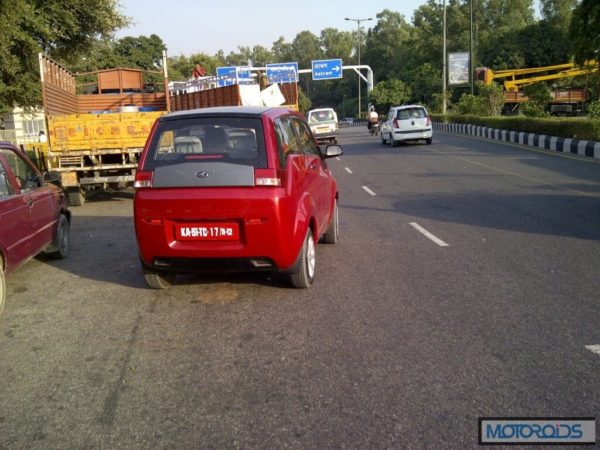 The financial calculation for Mahindra provided the impetus for the E20 rather than loftier creative goals. The E20 EV is hardly aesthetically pleasing but a compact frame and inexpensive interior parts keep retail prices low compared to traditional hatchbacks. An E20 EV featuring the lithium-ion battery pack should be priced from around $9,200 per unit. Mahindra estimates that a similar model using lead-acid battery cells could cost upwards of $18,000 per unit. The path of least resistance for Indian automakers might resemble the E20’s inexpensive development process.

Related:
Tesla Motors Boasts A Profit For The First Time In Ten Years

Mahindra touted the Bangalore manufacturing facility used for E20 production as much as the rebranded EV. This massive factory is part of an expansion project by Indian corporations working in Bangalore that could generate thousands of jobs. The Mahindra plant reduces environmental impacts including the use of solar energy for 35% of total output.  Mahindra will also explore recycled metals and plastics as well as green upholstery as the E20 EV expands beyond the first generation. A cutting-edge manufacturing plant shows that this automaker is concerned as much with process as end product.

Executives at Mahindra are aiming for about 6,000 E20 units per year starting in 2013. The Bangalore facility should produce about 30,000 units in the following three years if sales are brisk. Mahindra’s experiences in the Indian auto market have revealed skeptical consumers but a wide-open path for EV domination. Indian automakers have been slow to develop all-electric models due to patchy infrastructure and safety concerns in target demographics. Consumer concerns extend beyond vehicle safety to battery range, required maintenance and durability. The Mahindra E20 should meet some of these concerns in the short term while designers chisel away at production costs and performance concerns.