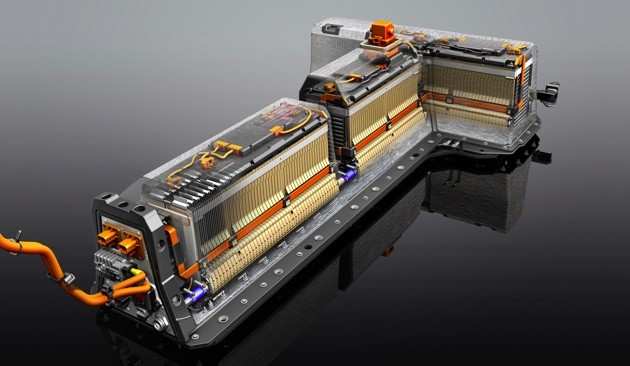 In the United States, where we’re in the midst of an election and a series of presidential debates, green initiatives are a hot topic. Democrats are pointing their fingers at republicans accusing them of not looking out for the environment, and republicans are pointing their fingers right back accusing democrats of spending wastefully on eco-friendly business startups and the like.  While news of the bankruptcy of government-backed EV battery manufacturer A123 Systems recently added fuel to an already hot fire, today, a news channel in Grand Rapids, Michigan broadcast a story about how workers at a plant where the Chevy Volt battery is manufactured are literally being paid to do nothing.

In case you thought you misread that last sentence: 300 workers at the LG Chem plant in Holland, Michigan are being paid not to work.  According to WOOD-TV, the plant has not shipped a single battery pack since opening late in 2011. So far, all they’ve been asked to do is make battery cells that were shipped to South Korea for testing months ago.  Since then, workers have reported fighting over odd jobs around the plant, participating in community service, and playing board games like Monopoly.  Training has ended and frustrated employees who aren’t enjoying their “vacations” have quit.

Of course, a little more than a third of the $300 million it took to build the plant were federal funds.  In July 2010 when plans for the plant were announced, Barack Obama applauded LG Chem calling the jobs the plant would create, “jobs in the industries of the future.”  It’s unclear why the Chevy Volt’s batteries are being made at LG’s South Korea factory rather than at the Michigan plant, but it’s pretty obvious that lack of demand for EVs has something to do with it.  GM, Nissan, and Ford have all reported that their EV offerings failed to meet expectations in 2011 and so far in 2012.  Some EV manufacturers have reported pretty significant losses as a result as well.

While Obama can hardly be criticized for his eco-friendly attitude, it seems that he—along with a lot of environmental activists around the United States—simply fell victim to a hopeful optimism.  We saw EV prices fall and hybrids become more popular, but we popped the champagne a little too soon.  All hope is not lost, however.  When Toyota came out with their Prius hybrid sales were dismal at first, but the car is now a best seller in California.