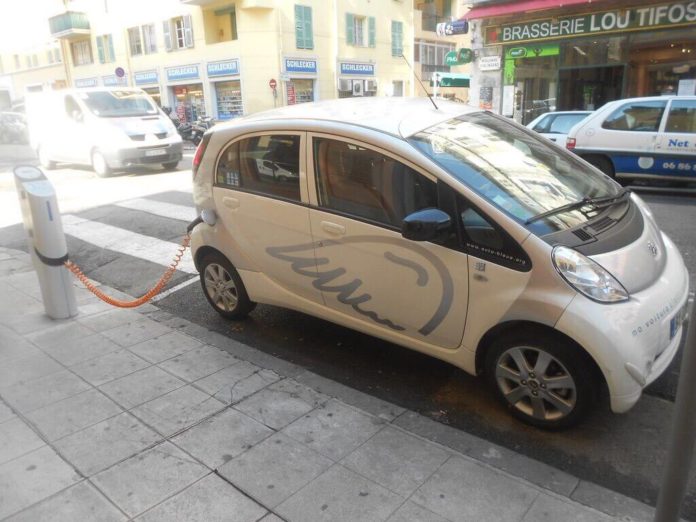 In years and decades to come, the concept of owning a car is bound to change drastically, with the emergence of driverless cars and the growing popularity of ridesharing and carsharing services. Carsharing is increasingly becoming the preferred transportation option for many people, especially those living in urban areas, and brings numerous benefits to cities, such as eased traffic congestion and improved air quality.

In recent years, carsharing companies have been including more and more electric vehicles in their fleets, but the lack of supporting infrastructure is preventing a wider adoption of EVs by the carsharing industry.

A new project from the German Fraunhofer Institute addresses the challenges that e-car sharing is facing at the moment: the lack of charging stations (key issue for electric cars mass acceptance, according to new study) and the absence of a reliable and efficient way for tracking vehicles, and connecting them to each other and to the infrastructure. The “Shared use of e-mobility: vehicles, data and infrastructure” (or GeMo) is actually a joint effort from six Fraunhofer Institutes, and it brings together eight technological innovations that have been developed over the past couple of years.

Researchers with the Institute have created one concept car where all these technologies are integrated into one system that allows the vehicle to communicate with the infrastructure and other vehicles, share data, and recharge its battery wirelessly.

“To make shared mobility a reality, we have to link vehicles, data and infrastructure. That was the core of our project,” says Florian Rothfuss, project leader at Fraunhofer IAO. The concept vehicle will be unveiled at the eCarTec event later this month, where the technologies that are supposed to help further develop e-car sharing will be showcased.

It is equipped with an on-board computer, that connects the vehicle to different cloud services, as well as other electric cars and the traffic infrastructure, so that it can send and receive data that are crucial for providing efficient and reliable carsharing services.

The car will share its location through a wireless Internet connection, and users will be able to track the position of the car using a mobile app, and see how much energy the battery has.

What’s more, the car’s battery can be recharged while on the move, thanks to the induction charging technology, but it will also be able to send electricity back to the grid. The scientists have retrofitted the car with a laser scanner, that helps the driver position the car over an inductive charging station, which can recharge the battery much faster than the traditional charging stations.

Thanks to the cloud-based mobility services, users will have the chance to register and personalize their profiles, and book a car, along with a charging station, online.

The creators of this e-mobility project hope that it will relieve the burden that motor vehicles are putting on urban spaces, and will help open up more space for pedestrians and cyclists in crowded urban areas, which hopefully will result in improved walkability in many cities, thus reducing traffic congestion and air pollution.

But, in order for these ideas introduced by Fraunhofer Institute’s scientists to become a reality, authorities will have to put in a lot of money and effort to create a proper infrastructure.

“What we need are applicable information and communication solutions that are both very reliable and easy to use. However, everything depends on having a convenient charging infrastructure integrated within the city,” says Florian Rothfuss.