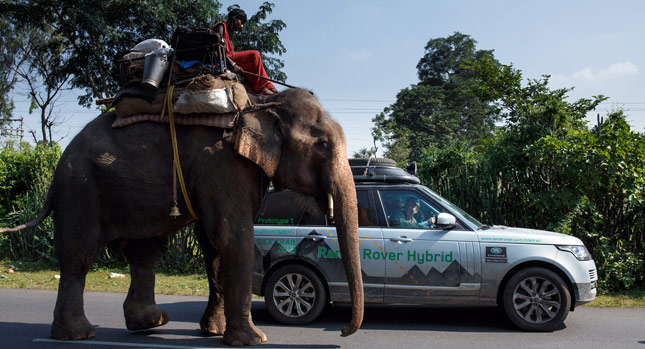 In mid-August, three Range Rover diesel hybrid SUV’s set off on a 13 country, 53 day trek from Solihull, UK toward Mumbai, India in the ultimate engineering test before the vehicles are released to the public. The cars went through France, Belgium, Germany, Poland, Ukraine, Russia, Kazakhstan, Uzbekistan, Kyrgyrzstan, China, Nepal and India. Called the Silk Trail expedition because the vehicles on the trek followed the legendary trading routes that originally connected Europe and Asia some 2,000 years ago, the Range Rover crews stayed in hostels and tents that were set up at the same posts Silk Road merchants and missionaries used.

Earlier this week, the cars arrived in Mumbai, having completed their mission along the Silk Trail in what Range Rover is calling the boldest driving adventure the company has ever pursued.

The purpose of the expedition was to put the vehicles through the ringer. Some of the hostile conditions endured were asphalt roads riddled with deep potholes, dusty desert trails that topped out at 110 degrees, miles of deep mud, gravel tracks and cattle tracks. River crossings, rock falls, erratic traffic in Chinese and Indian roads and extremely thin air at high altitudes were just a few of the other factors the cars faced. 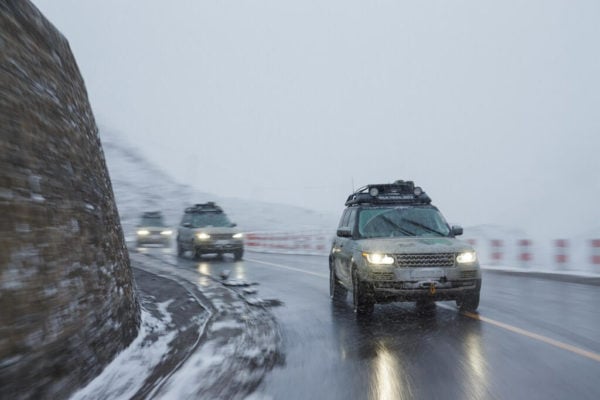 Despite the obstacles, the Range Rovers survived and, if early indications are correct, thrived, along the way. The Silk Trail was meant to be the final validation test for the vehicles before Range Rover went ahead and green-lit production.  Land Rover was impressed by the vehicles ability to make good progress through previously uncharted territory for cars of this type thanks to the electric motor’s instant torque. The vehicles each carry a heavy load of luggage, camping gear, food, medical supplies and spare wheels and fuel but were still able to negotiate the tracks so muddy they were impassable by other cars. 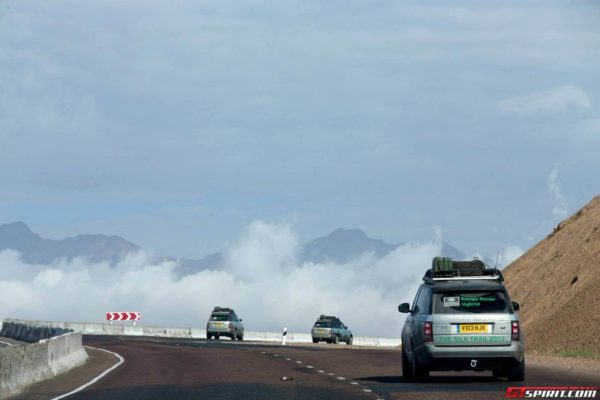 The Range Rover’s hybrid engine combination, with a 35-kilowatt electric motor supporting the TDV6 3.0 liter turbo-diesel engine returned superb fuel economy for a car as spacious and powerful as this. Along the epic journey the Range Rovers averaged 36 to 37 MPG.

Land Rover, who’s development engineers closely monitored the data loggers in each car, stated that while the reliability of the mechanical components of the vehicles was never in question, the expedition gave them an opportunity to fine-tune the calibration of engine and transmission software on all terrains and under all conditions. The only reported issues the Range Rovers sustained were road surface related, including punctures, tire damage and cracked windshields from flying stones.

The company hasn’t announced when the vehicles will be available for consumers but given the success of the expedition it’s clear they are impressed with their first major hybrid product.