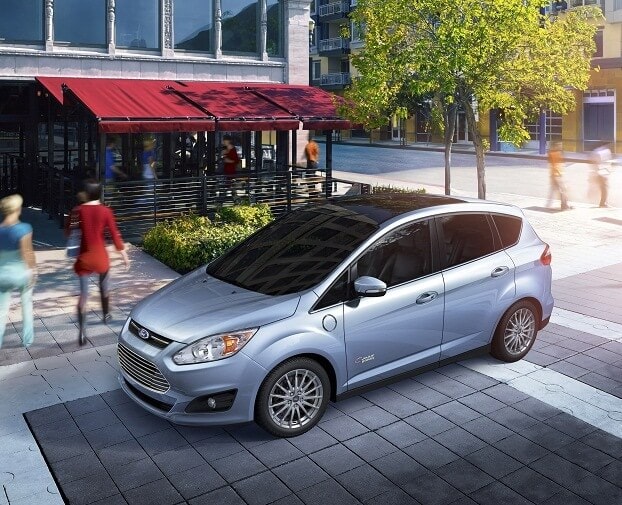 Toyota has often been seen as a leader in hybrid technology. But this week, Ford is boasting that its new plug-in hybrid beats the competition.

The Detroit automaker says the Ford C-Max Energi is “America’s most fuel-efficient plug-in hybrid” with an EPA-certified 108 miles-per-gallon equivalent (MPGe) city rating and 100 MPGe combined rating. The company says it beats the Toyota Prius in the combined rating category by 5 MPGe.

Ford also proclaims that with a starting price of $29,995 (after the federal tax credit and including destination and delivery costs), C-MAX Energi is expected to be America’s most affordable plug-in hybrid.

The U.S. Environmental Protection Agency rating places the C-MAX Energi in an elite group of production vehicles that have received EPA ratings of 100 MPGe or greater. This group also includes the Ford Focus Electric at 110 MPGe in the city.

“Ford is giving customers the power of choice for leading fuel economy regardless of what type of vehicle or powertrain technology they choose,” said John Davis, chief nameplate engineer, C-MAX Energi. “With $5-per-gallon gasoline, C-MAX Energi customers essentially will pay $1.25 per gallon for the same distance traveled compared with average vehicles estimated to achieve 23 mpg.”

Americans have been hit with a spike in gas prices, particularly in the state of California. Drivers there are facing a record-breaking price of $5-per-gallon – prompting the state’s governor to take emergency measures.