Some 15 years after the Toyota Prius made history as the first mainstream hybrid vehicle, Honda Motor Co. has manufactured a car they believe will finally unseat Toyota’s classic sedan as the best-selling alternative energy powered vehicle.

Honda, the first automaker to sell hybrids in the United States (the Prius originally gained traction after being released in Japan), has seen their electric and hybrid model cars continually overshadowed by releases from Toyota and Ford Motor Company. They’re looking to change that with the release of the 2014 Honda Accord Hybrid, the latest version of their flagship sedan.

The car’s base price is comparable with a V-6 engine version of the Accord and is credited as getting up to 50 miles to the gallon in city driving. But that statistic is only the beginning of what the new Accord has to offer, according to John Mendel, the executive vice president of Honda in the U.S.

“Accord is a great place for us to stop the science experiments and really make a name for our hybrids,” Mendel told reporters in San Antonio last week. “We’re known for fuel economy, but in hybrids, it’s about relevance and volume. We think Accord can do that.”

Accord Hybrid, Mendel maintained, “can be a great entry point to establish our manufacturing prowess and development expertise in the hybrid area. Fifty miles a gallon is going to cut through.”

Relevance is key. Honda has so far struggled to move hybrid units, especially in comparison to other comparable vehicles that were selling well in the U.S. Models like Insight hatchback, CR-Z coupe and hybrid Civic, generate a fraction of the revenue that the Prius does and that’s even with the Insight getting a six month head start on the Prius in the U.S. market. Despite their quick turnaround on manufacturing, Honda, which leads the U.S. fuel economy rankings year after year, has dropped the ball on creating a hybrid car consumers are interested in. 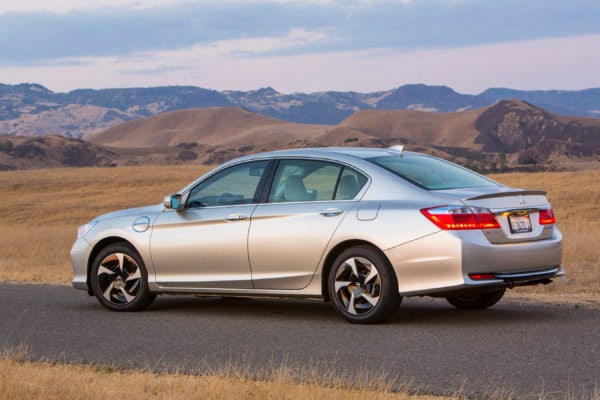 This time around, the Accord is built to stand up to the Prius on every level. Boasting a combined 47-mpg in city and highway driving, it ranks just behind Toyota’s top-seller (which averages 51 mpg) and draws the same numbers as Ford’s hybrid Fusion but Ford is facing several lawsuits which claim the car’s mileage is vastly overstated.

In addition to the Accord, Honda also has a “sport hybrid” version of the Acura RLX sedan set to debut later this year.

Despite all the tweaks Honda is making to their line-up, it remains to be seen if they can catch Toyota or even, at this stage, make a dent in their domination of the hybrid vehicle market. Time will tell. 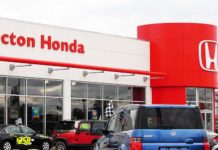