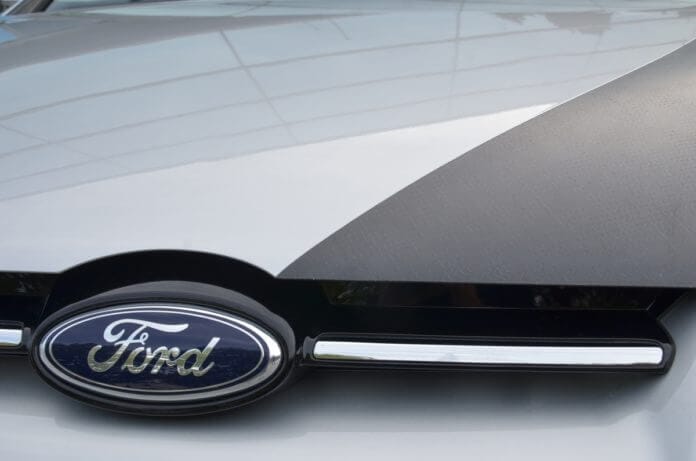 Detroit automaker Ford has been experimenting with a new carbon fibre technology that could help lower fuel consumption for its customers.

The carbon fibre bonnet for the Ford Focus was displayed at the Composites Europe event in Dusseldorf, Germany. It is constructed from the super-strong material usually associated with bespoke racing vehicles or high-performance sports cars.

Ford says the prototype bonnet weighs more than 50 percent less than a standard steel version. This means that production time for an individual carbon fibre bonnet is fast enough to be employed on a production line. It is a significant step towards increased usage of lightweight materials in Ford vehicles.

Carbon fibre offers a very high strength-to-weight ratio. It is up to five times as strong as steel, twice as stiff, and one-third the weight. According to Ford, advanced materials like this are part of the company’s plans to reduce the weight of its cars by up to 340kg by the end of the decade.

“There are two ways to reduce energy use in vehicles: improving the conversion efficiency of fuels to motion and reducing the amount of work that powertrains need to do,” said Paul Mascarenas, Ford chief technical officer and vice president, Research and Innovation. “Ford is tackling the conversion problem primarily through downsizing engines with EcoBoost and electrification while mass reduction and improved aerodynamics are keys to reducing the workload.”

Ford’s latest experiment with carbon fibre is funded by the German state of North Rhine-Westphalia. The project began in 2010 and is set to continue until September 2013.