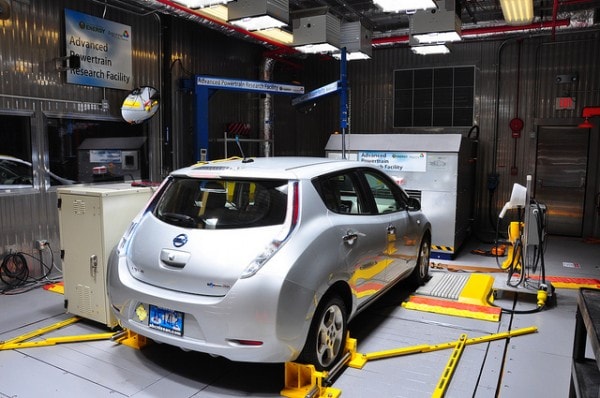 Beyond the value of a dollar, electric vehicles represent an investment in the future of the environment. As novelties or necessities, EVs have quickly caught on in America and beyond, and with very good reasons. Here are just a few.

The most obvious benefit of driving an electric car is the savings; depending on the model, fuel cost can be cut in half or more. Compare the national average of 11 cents per kWh for electricity against the near four dollars a gallon for gas: driving 100 miles cost $12 in a car getting 33 mpg and about $3.75 in the EV!

Some Electric cars have faster acceleration than the gas-guzzlers, with a much shorter 0-60mph time for quick take-off.

EVs have fewer internal parts, meaning less can go wrong. Although the battery must be replaced approximately every four years, there’s less service and repair with oil changing, starter problems, radiator issues, mufflers, engine-tuning and so on.

Having the same torque no matter what the speed means an EV doesn’t go through different gears at different speeds; no torque converter or gear box is 100 percent smoother.

Electric vehicles charge at home overnight. Since most homes have 120-volt outlets with a 15-amp circuit breaker, an electronic vehicle can be charged in about 10 hours, meaning while occupants sleep.

The enjoyment factor of an EV is much higher than the antiquated combustible driven car due to it’s quiet, barely-audible hum. Anyone who partakes of “me time” in the vehicle will do so with greater quality and tranquility.

Less air pollution is better for everyone, and EVs emit no poisonous fumes. Other than the grid that feeds them power, each one is totally green!

Despite some electrical power stations that charge the EVs being less efficient, these cars still beat their gas counterparts when the cost of oil production (drilling, refining and transporting) is factored in. Not to mention the reduction in danger to oceans when oil is removed from the pristine environment.

The full potential value of electrical vehicles has yet to be realized, but one thing is certain, they are here to stay and some of the most popular cars on the planet.