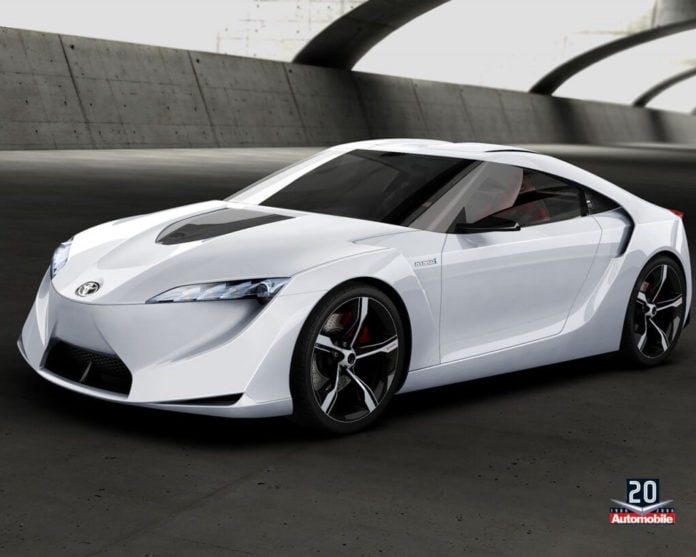 A press conference held in Toyota City, Japan last week revealed ambitious plans for hybrid vehicle sales by Toyota Motor Corporation. This conference was designed to show the successes of Toyota’s aggressive R&D program as well as favorable market conditions for hybrid models. Toyota plans to release at least 21 hybrid vehicle models around the world within the next three years. These vehicles range from existing models converted into hybrids to fresh designs that have been tested on the motor show circuit. The template for Toyota is to leave no stone unturned in the development of greener vehicles that meet consumer needs.

Toyota has sold at least one million hybrid models throughout the world as of this year. The firm anticipates selling this amount each year between 2013 and 2015 thanks to expanded availability. The recently released Prius PHV plug-in hybrid offers a case study in how Toyota will achieve this goal. The Prius PHV will be available in multiple trims and colors with myriad optional features that can fit the buyer’s imagination. Toyota has also tweaked gas engines and automatic transmissions to increase efficiency without costly electronic systems. These tweaks could achieve increases of at least 38.5% in fuel efficiency compared to previous models.

Another component of Toyota’s green vehicle strategy for 2015 is bringing the FC Stack to market. This advanced fuel-cell system builds on a previous stack tested in the FCHV-adv prototype a few years ago. Toyota notes that the FC Stack uses 3 kW per liter based on laboratory testing, which is about twice the density of the preceding stack. This efficiency is impressive especially considering the halving of stack dimensions and weight over the first-generation system. A Toyota model outfitted with the FC Stack should reach Japanese consumers by 2015.

The Toyota eQ represents the automaker’s latest effort to produce a practical all-electric vehicle for consumers. This diminutive EV is powered by a 12 kWh lithium-ion battery developed by Panasonic. The eQ can hit a top speed of 78 miles per hour, providing sufficient power for almost any trip. Drivers can travel up to 60 miles per charge based on Toyota’s early road tests. The battery pack can be recharged fully within three hours using a standard household outlet. Government fleets and a handful of selected testers in Japan as well as the United States should receive their eQs starting this December.

Research teams at Toyota have focused as much on components as vehicle design to reduce the company’s environmental impact. The development of a solid electrolyte by the battery team could lead to a battery pack with the highest performance levels in the industry. Toyota has produced a wireless charging system that will be tested by corporate fleets and government agencies in Aichi Prefecture in 2013. The Super CVT-i transmission has already appeared in the most recent Toyota Corolla and the Lexus RX 350 F but will appear in more models next year. This sweeping approach to green vehicle development might seem like an exercise in risk aversion but Toyota could also hit big in a rapidly greening economy.