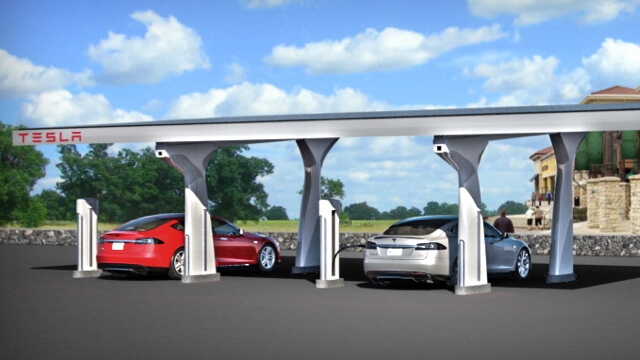 Tesla Motors has unveiled a tightly-kept secret that has thrilled the company’s loyal group of EV-enthusiasts. Tesla has announced the locations of the first six Supercharger stations. These stations will allow the Model S to travel long distances with ultra-fast charging throughout California, parts of Nevada and Arizona.

Each solar power system is designed to generate more energy from the sun over the course of a year than is consumed by Tesla vehicles using the Supercharger. The company says this results in a slight net positive transfer of sunlight generated power back to the electricity grid.

In addition to lowering the cost of electricity, this addresses a commonly held misunderstanding that charging an electric car simply pushes carbon emissions to the power plant. The Supercharger system will always generate more power from sunlight than Model S customers use for driving. By adding even a small solar system at their home, Tesla says EV-owners can extend this same principle to local city driving too. 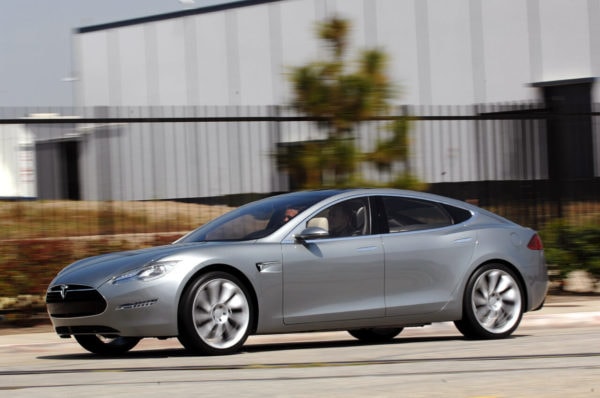 “Tesla’s Supercharger network is a game changer for electric vehicles, providing long distance travel that has a level of convenience equivalent to gasoline cars for all practical purposes. However, by making electric long distance travel at no cost, an impossibility for gasoline cars, Tesla is demonstrating just how fundamentally better electric transport can be,” said Elon Musk, Tesla Motors co-founder and CEO. “We are giving Model S the ability to drive almost anywhere for free on pure sunlight.”

Tesla goes on to say that its Supercharger is much more powerful than any charging technology to date. It reportedly provides almost 100 kilowatts of power to the Model S, with the potential to go as high as 120 kilowatts in the future. This can replenish three hours of driving at 60 mph in about half an hour.