Need more proof that hybrid technology is the solid foundation for the future of automobiles? Following announcements from other luxury car brands like Ferrari and Porsche that they’re unveiling new electric models, Land Rover seems poised to have its hybrid Range Rover SUV on roads next year.

The prototype cars have been doing well so far in the Silk Trail 2013 expedition, a 5,226-mile convoy going through Europe, Asia and the Middle East. The Range Rovers, seven of them total, started in Solihull, UK and have reached the halfway point of their trek to Mumbai, India. So far Land Rover is said to be impressed with how the Range Rovers have responded to the deserts of central Asia on the epic journey.

Land Rover had previously stated they wanted to see how the Range Rovers did on the Silk Trail before they sign off on producing the vehicle for the public. The trail they’re on now is punishing, with the cars going through a number of weather elements (temperatures have ranged from moderate to extremely hot) plus other hazards like asphalt surfaces riddled with potholes, mud tracks and dusty gravel trails that alternate between hard as gravel and smooth as sand.

Throughout the trip, trackers have been monitoring the wear and tear on the cars. So far, the Range Rovers have demonstrated extremely high reliability and between them all have only endured a cracked windscreen and four punctures.

Getting down to the nitty gritty details of the car, Land Rover is proud to have built the SUV with added features other hybrids typically can’t accommodate, like the ability to carry a spare wheel and tire. Its 3.0-litre SDV6 diesel engine and 47 horsepower electric motor, what’s perhaps most impressive about these models is their ability to churn out excellent fuel economy even while heavily laden.  Part of the Silk Trail mission takes the vehicles through waterlogged mud tracks of the Kalmykiya grasslands in Russia. While impassable for other vehicles, these have still be recording 40 miles per gallon on roads through Russia and Uzbekistan. 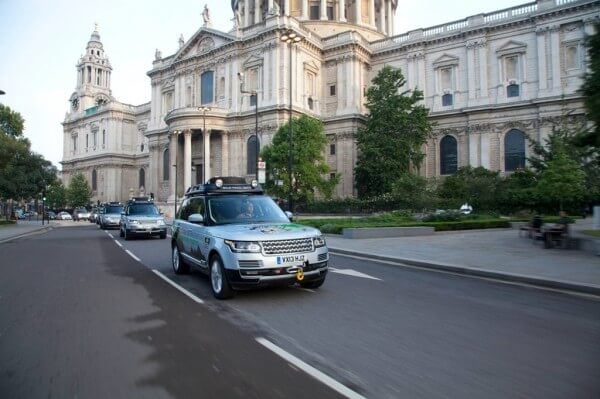 There are still 29 days to go before the Range Rovers reach Mumbai, and standing before them are deserts and lowlands of Kyrgyzstan and China, plus the cold air of the Himalaya mountain range.

By the time they reach the end of the road, if Land Rover decides to proceed with production, consumers of the luxury SUVs will know they’re getting a vehicle that can stand up to anything its up against, on the road and off it.