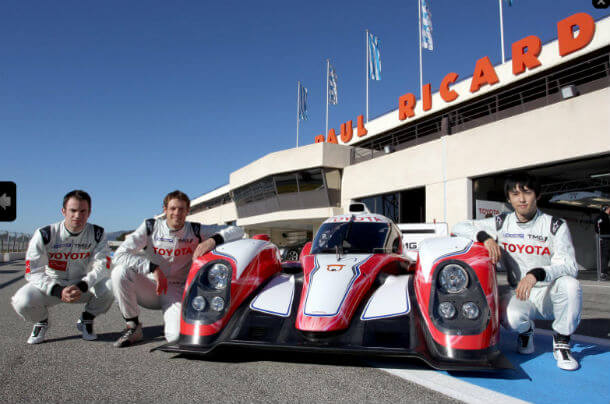 The Six Hours of Sao Paulo at Interlagos, Brazil offered the next challenge for hybrid vehicles in the motorsports world. Toyota Racing has been developing hybrid racers since 2006 but the TS030 Hybrid has proven capable of competing on the endurance racing circuit the past three months. The TS030 Hybrid competed at the 24 Hours of Le Mans earlier this summer and represents Toyota’s latest effort at turning toward hybrid race cars. Drivers Alex Wurz and Nicolas Lapierre not only captured the pole position for this hybrid racer but ultimately won last Saturday’s event. As competitors like Audi attempt to break free from traditional racers, Toyota seems poised to win events while saving fuel.

Toyota Racing used preliminary testing last Friday to develop an effective strategy for navigating the 247-lap race. The TS030 Hybrid used five braking zones throughout the course to regenerate power to the batteries from the brakes. Wurz and Lapierre achieved the first pole position for the TS030 Hybrid at the FIA World Endurance Championship’s fifth international event. The Toyota team also acclimated to a challenging course at Interlagos that required tight turns, uphill climbs and managing pressure created by 25,000 attendees.

A decisive victory at the Six Hours of Sao Paulo is Toyota’s first win in a FIA World Endurance Championship event since 1999. Wurz and Lapierre led the race for 231 laps including a stretch in the middle of the race where the TS030 Hybrid maintained a two-lap lead. Toyota Racing notes that the racer achieved a top speed of 186 kilometers per hour and a total time of 1:23:419. Audi placed in the second and third spots with an R18 e-tron hybrid racer as well as a diesel-powered R18 Ultra. Toyota Racing and Audi were aided by the inability of other racing teams to complete 247 laps. The TS030 Hybrid now heads to Bahrain to compete in the Six Hours of Bahrain this week. 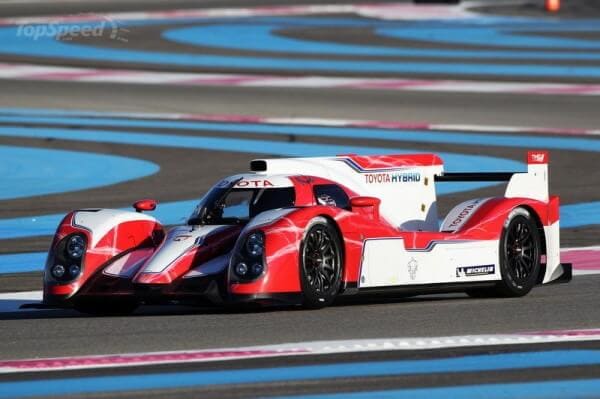 The TS030 Hybrid used at the race in Brazil is a far cry from the prototypes developed by Toyota Racing back in 2006. The automaker was embarrassed by weak showings at international events but hoped to take advantage of a developing trend toward green vehicles. The Toyota Racing team raced a hybrid version of the Toyota Supra at the 24 Hours of Tokachi in July 2007. This unique racer was the first hybrid to win an international endurance race. The TS030 Hybrid looks little like the Supra racer thanks to a lightweight frame, enhanced motor and sleek design.

The FIA World Endurance Championship provides a great platform for Toyota Racing to show the viability of hybrid vehicles. This global series requires competitors to race in a variety of climates, courses and elevations that push vehicles to their limits. Toyota Racing has the opportunity to test the TS030 Hybrid against green vehicles from Audi as well as traditional models by competing automakers. Motorsports fans from the Middle East to North America have opportunities to view innovative racers like the TS030 Hybrid in person. Events at the Six Hours of Sao Paulo build the case for competing teams to invest time and funds into replicating Toyota’s success with hybrid drives.