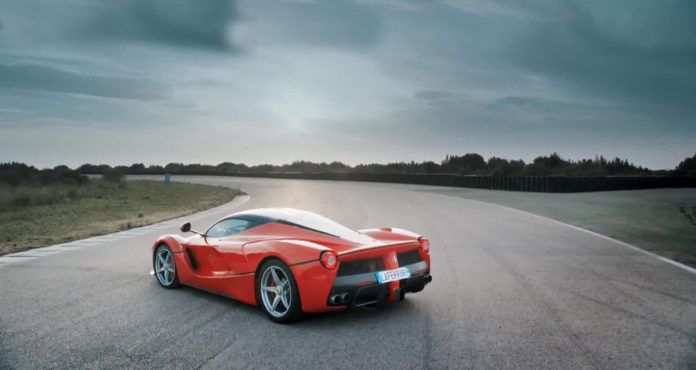 One of the biggest surprises this year has been the arrival of the LaFerrari – a fantastic car but most notably one with hybrid technology. In short, a Ferrari hybrid is a long way from a Toyota Prius.

The Ferrari LaFerrari is one of the most interesting and dynamic changes in the supercar area in a long time and consumers have taken to it. The $1.34m car is completely sold out and it’s not even on the road yet. However, for Ferrari this is a statement of things to come.

Anybody who knows anything about technology understands that such innovations often start with the most exclusive and high end models and in time follow down to the rest of the line. Higher paying consumers tend to be less price sensitive when it comes to paying out and trying new technologies. So, though it’s exclusive now, don’t be surprised to see most Ferraris incorporating the mild hybrid technology in the near future – especially as it becomes cheaper to produce.

Ferrari has a soft spot for hybrids as was seen most evidently by Ferrari chairman Luco di Montezemolo’s statement a couple of weeks ago. On Bloomberg, the head of the sports car company said he, “”believe in the electrics cars, but strongly believes in hybrids.” As a statement of future intent that’s quite a notable one.

A Tool for Performance and the Environment

The most notable thing about the technologies use in hybrids is that it’s now not merely a tool for greener motoring but also one for increased performance. The hybrid engine increases fuel performance and lowers emissions but also aids engine power as the 963bhp block in the car showcases. It’s a higher powered motor than any current Ferraris for sale and one that’s greatly impressed.

There may be some purists who will argue against the use of such technology. Pragmatists won’t. The emergence of stricter emissions regulations means these technologies are a logical way forward. In addition, they also add outright power too.

Of course, Ferrari is not the first sports car manufacturer to create a high powered hybrid; both McClaren and Porsche have already done so. Porsche has even gone as far as create a fully electric version of its Boxster – the Boxster E. However, as seen from Montezemolo’s statement, this is not an option for Ferrari.

The flipside of the electric statement is that Ferrari produces around 7,000 cars a year – if these were all electric and produced no emissions, it would be barely noticeable as regards an environmental difference. In addition, the strong statements regarding electric cars would suggest no real interest in the area either ways.

So, the future for Ferrari is like it is for most supercar manufacturers and car makers in general. It means more hybrid technology at a lower price and at a benefit to both green types and those who love increased performance. It can’t be bad, can it?