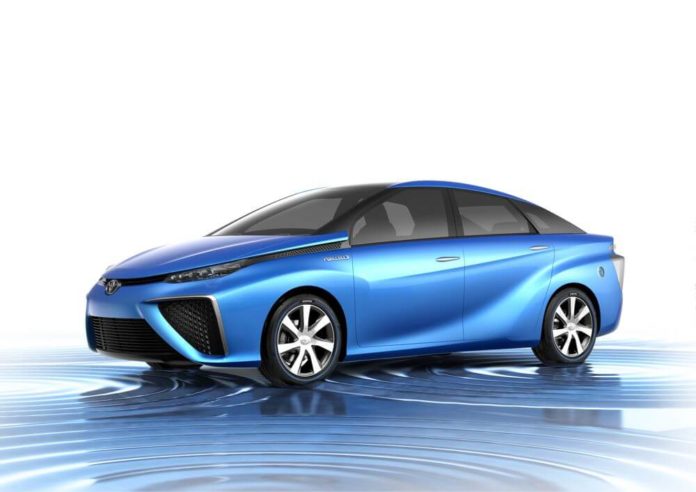 Although the Prius family of vehicles has brought much success and popularity to Toyota, leading many people to believe that the company will try and become a dominant force in the all-electric vehicle segment, as well, the Japanese car maker has decided to steer away from EVs and direct most of its resources towards the development of fuel cell vehicles, which they think have the potential to be the best alternative to conventional cars. Toyota has been working on a hydrogen-powered vehicle for a couple of years now, and recently announced that its first fuel cell car is ready for production and will be commercially available next year.

The “Fuel Cell Sedan”, as it is currently known, will go on sale in Japan in April 2015, and will cost about $70,000 before taxes. This is a significantly lower price than the one originally estimated by Toyota, as the company has said that the car could cost as much as $100,000 in the U.S. market. European and North American customers will be able to purchase it in the summer of 2015. As far as the U.S. is concerned, the fuel cell sedan will only be available in California in the first couple of months after its launch, due to the fact that this is the state that has the most extensive hydrogen fueling infrastructure, with about a dozen fueling stations already in place, and plans for another 100 stations within the next ten years.

While this hydrogen-powered sedan employs completely different technology than the Model S, it is being considered as a potential rival to Tesla Motors‘ highly-successful all-electric sedan, as it addresses the main issues all EVs – including the Model S – face: range anxiety and long recharge times. Namely, Toyota’s FCV will be able to travel about 430 miles on one charge, and it will only take 3-5 minutes to refuel. These are some pretty significant competitive advantages over Tesla’s car, as it only delivers a range of around 260 miles, with a recharge time of approximately 9 hours.

On the other hand, the Model S is backed by a more extensive refueling network, with over 20,000 EV charging stations across the country, compared to only a handful of hydrogen fueling stations. The absence of a proper support infrastructure at the moment could prove to be a huge hurdle for a deeper market penetration of hydrogen-powered cars, and there are no guarantees that the situation will change anytime soon – it requires heavy investment and a joint effort from the auto industry, authorities, and energy companies.

It will be very difficult to  get car makers and hydrogen suppliers to invest in stations – that cost between $1 million and $2 million to build – before they can be sure that there are enough fuel cell cars on the road to make that kind of investment economically viable.

Nevertheless, Toyota remains dedicated to the development of hydrogen-powered cars, as it firmly believes that they are far more convenient and better for the environment than electric vehicles, and if it manages to bring the purchase price further down, this fuel cell sedan may well get the mass-market appeal and become a decent rival to the Model S.