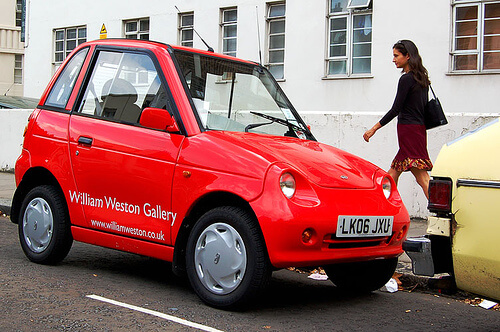 India has grown into one of the world’s economic powerhouses, becoming the envy of developing nations worldwide. With an intense hunger for energy as it fuels business for other economies around the globe, India’s carbon footprint is an ever-growing concern.

That’s why the nation’s government has approved a 230 billion rupee ($4.13 billion) plan to spur electric and hybrid vehicle production over the next eight years. Through this plan, India has set itself an ambitious target of 6 million vehicles by 2020.

According to Reuters, India has a floundering electric and hybrid vehicle industry. Most manufacturers focus instead on low-emission cars because of the high cost of new technologies. Also, there is hardly any support infrastructure in place for the EV market.

“The question is the viability … The cost of the car and how much the consumer can pay, there is a gap,” Pawan Goenka, chairman of Mahindra Reva, told Reuters. Reva is India’s only electric-focused carmaker.

India’s target to produce 6 million green vehicles by 2020, of which 4 to 5 million are expected to be two-wheelers, comes as China aims to have 500,000 electric and hybrid cars on its roads by 2015.

Reuters says that Reva aims for sales of 30,000 of its battery-run cars a year by 2016.
S. Sundareshan, secretary of India’s Heavy Industries ministry, told the news agency that New Delhi would provide around 130 to 140 billion rupees of the total investment in the plan. Companies will provide the remainder.

India’s slowly growing market for electric vehicles crashed to a halt in April after the government withdrew subsidies worth up to 100,000 rupees per vehicle.