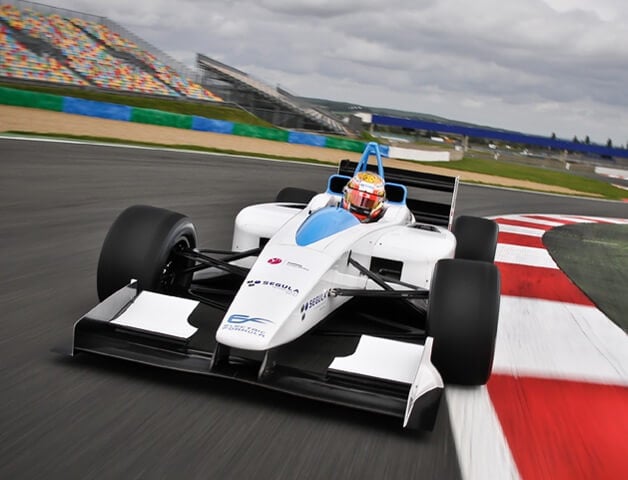 The Formula One racing circuit uses about 52,834 gallons of fuel per year during 20 annual events. This enormous consumption of fossil fuels contributes significantly to emissions in host cities. A group of European investors hopes to compete for motorsports fans without the environmental impact. Investors including Enrique Banuelos and Alejandro Agag recently created Formula E Holdings to facilitate an all-electric racing series starting in 2014. The Formula E Series will host eight races per year starting with the inaugural running at Rio de Janeiro. Prospective host cities must demonstrate commitments to sustainability in order to attract Formula E events. 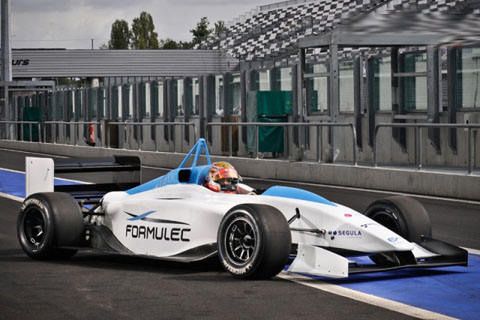 \French manufacturer Formulec won supplier rights for the Formula E Series after an extensive selection process earlier this year. The Formulec EF-01 is a prototype all-electric vehicle that can be customized by the organization’s ten teams. A stock version of the EF-01 features a lithium-ion battery pack from Saft, a Siemens electric motor and Michelin tires. This vehicle weighs around 1,719 pounds and reaches a top speed of 139 miles per hour. Formulec estimates that the EF-01 can hit 60 MPH from a dead stop in three seconds. Formula E teams will rotate two vehicles each race to account for a maximum charge time of 25 minutes at top speed.

The Formulec EF-01 cannot contend with the power of a Formula One car but travels fast enough for a thrilling race. A Formula One racer features a 2.6-liter, V8 engine capable of producing 750 horsepower. The average maximum speed of a Formula One car is 186 MPH and reaches 60 MPH from a full stop in 1.7 seconds. Auto brands participating in this global series produce lightweight frames averaging about 1,400 pounds and develop transmissions with a maximum of seven gears. These metrics look great for a conventional racer but Formula E will show that powerful cars need not gobble up fossil fuels.

Related:
Are Electric Cars Actually Better For The Environment? 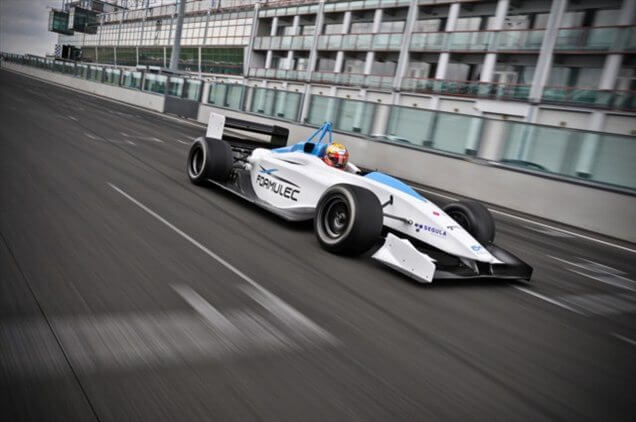 Formula E organizers expressed concern over the slow pace of change in Formula One as a primary reason for this all-electric series. Racing teams have experimented with eco-friendly tires, lower vehicle frames and other minor tweaks to reduce their environmental impacts. Each team is encouraged to install a KERS electronic boost mechanism prior to the 2014 season. This boosting mechanism creates 80 horsepower in six-second interval without using a single drop of diesel.

Organizing body FIA requires Formula One drivers to only use electric power when traveling in pit lanes starting in 2014. A few pit stops on all-electric power is a big leap for Formula One but insufficient given existing technology.

Hybrid and electric vehicles have proven themselves capable of competing at high speeds in recent competitions. Plug-in racers entered by Toyota and Mitsubishi finished in the top ten of the Pike’s Peak International Hill Climb earlier this month.

Toyota and Audi stayed competitive with hybrid racers during the 24 Hours of Le Mans in June. The Formula E Series is an innovative idea that could increase interest in electric vehicles by leveraging existing interest in motorsports. Skeptics might complain about the lower speed in Formula E but this series is the future of auto racing rather than a novelty.