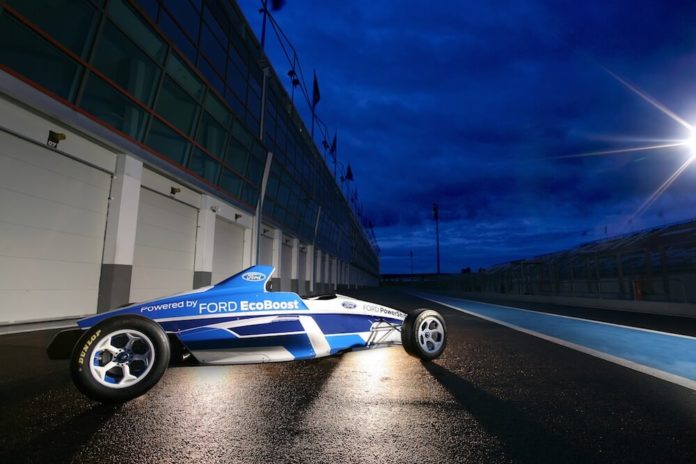 With most manufacturers trying their hand at hybrid and electric power systems in their cars, it’s quite refreshing that Ford is still keeping faith in the good ol’ combustible engine, albeit on a smaller scale.

The European market has been the first to sample the American marque’s 1.0 litre EcoBoost petrol engine. With just three cylinders, it’s Ford’s smallest ever engine in their quest to bring down the company’s CO2 emissions and their customer’s fuel costs, without the need for expensive technology such as rechargeable batteries or fully electric systems.

It was first seen in the 2012 Focus with a power output of a modest 100bhp; this was then added to both the Focus based C-Max and the brand new Fiesta based B-Max which has just been placed on sale and has received very positive preliminary reviews. 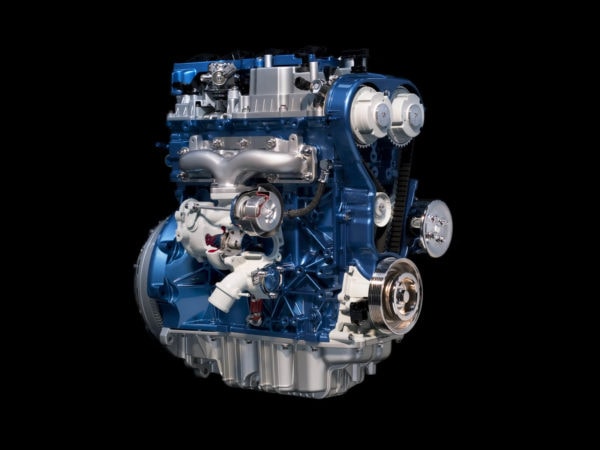 More power was added for subsequent models and the ‘range-topping’ example offers 125bhp and combined with punchy turbo-charged engine, the three-cylinders work surprisingly well and anyone unaware of the dropped spark plug would fail to notice its absence.

Such implementations as a water-cooled exhaust manifold reduces exhaust temperatures and cuts down the need for extra amounts of fuel and keep things cool where they need to be. There is also the added bonus of a stop-start system.

The cambelt is another great example of efficiency thanks to it running in oil and therefore is silent and ever reliable, and the cylinder heads work in a way that there cooling channels divide so that only water from the hot exhaust side is fed up to the car’s cabin heater and decreases warm-up time.

The latest to take advantage of such implementations is of course the new B-Max. Based on the small but brilliant Fiesta, the B-Max is set to take on Vauxhall’s Meriva model, but with the added advantage of the EcoBoost package.

Ford have also developed an ingenious pillar-less body design to enhance cabin access to the maximum potential and is certainly something that will have buyers second guessing themselves what to buy between the B-Max and its rivals.

Another new concept Ford are debuting with these car is their SYNC system which a voice-activated integration that syncs phones and music players, with the capability to read out text messages whilst you’re driving.

But the real star is that engine and its efficient, environment friendly features. Hopefully more manufacturers will jump on the bandwagon for small, cheap to manufacture power plants, instead of expensive hybrid systems that prices out an average family looking to do their bit.