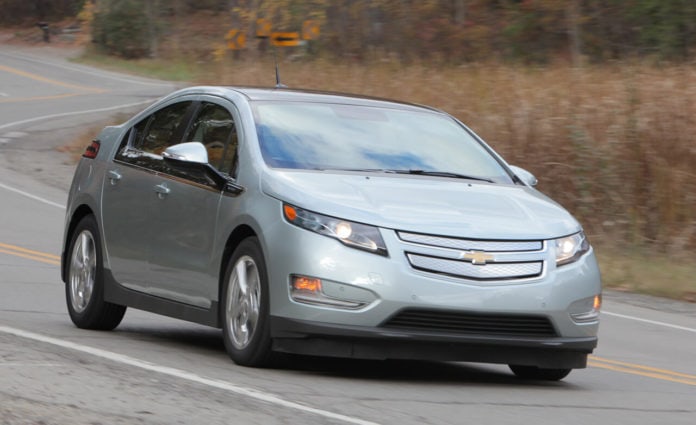 Recalls issued for a number of electric vehicles have given EVs a bad rap as of late. This week Mitsubishi announced a recall for its i-MiEV, Nissan had to recall some of its Leaf vehicles for a charging problem awhile back, and a General Motors recall was prompted by several Chevy Volts starting on fire. In order to ease potential EV owners’ minds and keep EV sales strong, many automakers have had to turn to incentives to keep EVs moving off their lots. Therefore, if you are tossing around the idea of purchasing an electric vehicle, now is a great time to make the move from a gas-powered vehicle to an EV.

For example, General Motors is now offering an extended return policy on all of their vehicles, including the Chevy Volt. This program enables purchasers to return their Volt for 60 days after the date of purchase. GM has said it will fully refund anyone who is unsatisfied with the Volt as long as they have driven it no more than 6,000 miles and not caused it more than $300 worth of damage.

The “Chevy Love It or Return It Guarantee,” is the first General Motors program to offer a full refund to consumers based solely on their feelings about a car. The program began on July 10th and will last until September 4th, 2012 so you still have a few weeks to take advantage of the offer.

Although the “Chevy Love It or Return it Guarantee” only lasts through early September, this confidence-boosting buyback program could have a long term positive outcome for General Motors and electric vehicles in general. The more Volts GM sells, the harder other EV manufacturers will have to push to compete. In this case, competition is not only a good thing for consumers, it’s a good thing for the environment as well. Competition means lower prices and more EVs on the road. As I say this, I can almost hear Mother Nature breathing a sigh of relief.

Currently, 2012 Chevy Volts are available with financing at interest rates as low as 0.9% for 72 months. Some high volume dealerships are also offering a $2,500 credit to boost sales as well. With a little negotiating, you might be able to walk away with a Volt for $5,000 less than the current MSRP of $39,145. As an additional bonus, purchasing a 2012 Chevy Volt, or any other electric vehicle, qualifies owners for a $7500 tax rebate. As always, do your research before you to the dealership so you know what discounts and rebates you might qualify for, and make sure you get there before the “Chevy Love it or Return It Guarantee” is up!