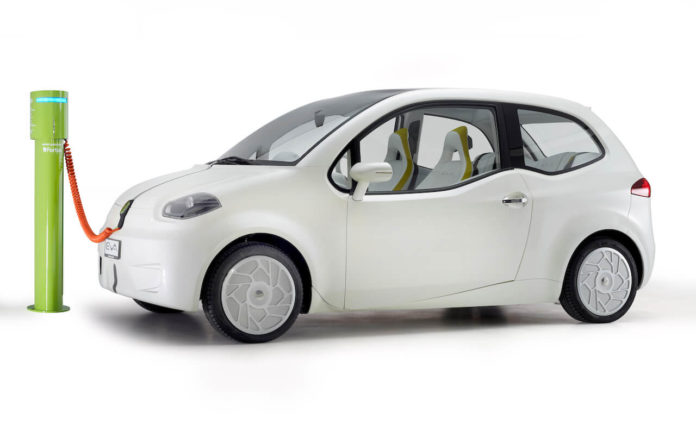 What, with soaring gas prices and enhanced environmental awareness these days, electric cars have generated quite a bit of excitement and attention since General Motors’ modern day model premiered at the 1990 Los Angeles Auto Show. While the concept is as old as cars themselves (Robert Anderson, a Scottish inventor in the 1800s, created an electricity-propelled “horseless carriage” that ran on primary cell batteries), the technology of the late 1800s and early 1900s simply wasn’t advanced enough to engender a feasible electric car model; so fossil fuel-powered vehicles won the day and remain the most popular type by far. Rest assured that the world of gas-powered cars will remain viable for a while; gas stations and things like a rover fuel pump or etc. will still be common sights in our landscape.

Yet in 2001, when Toyota debuted in mass quantities its game-changing Prius, a hybrid vehicle that’s sold over 2.5 million worldwide, electronic cars were reestablished in a major way. And anything that receives widespread public attention is prone to widespread myth-mongering, either positive or negative. Let’s debunk some of the biggest myths about electric vehicles (EVs) and set the record straight.

Big Myth #1: You Won’t Get Very Far Before You’re Stranded

On purely electric vehicles you can expect a range of about 80 miles. Electric-gasoline hybrids see over triple that, with a range of about 300 miles and beyond (putting it on par with some all-gasoline powered cars). While charging stations aren’t exactly what you would call ubiquitous at the moment, the popularity of these vehicles is changing that; you might be surprised to know that EVs can be charged at any regular old 120V electrical outlet.

This makes the EV ideal for shorter, daily commuter drives, but families wanting to go on longer trips need only plan ahead – much in the same way organized road trippers plot out where they’ll stop for gas.

As counterintuitive as it might seem, EVs consistently rank well in crash evaluations performed by the National Highway Traffic Safety Administration and the European New Car Assessment Program. The Chevy Volt was awarded a five-star safety rating under the former, while the Nissan Leaf received the highest safety score possible from the latter. They’re smaller, yes, but carry weight in their battery, weight which is comparable to vehicles in the mid-to-large size car class and overall means superior crash safety.

Here’s a myth that has gotten way out of hand. While this might have been true once upon a time with early EV models, the cars of today go just as fast as you’d like (unless you’re an F-1 racer). Plus, EVs don’t require oil changes and they produce practically instantaneous torque, meaning that when you press on the accelerator pedal you will move lickety-split.

Big Myth #4: EVs Will Save You Tons of Cash

On the debit side, people have been led to believe that because EVs are so fuel-efficient they will save thousands each year in unpurchased gasoline. Unfortunately, that’s just not true. EVs and hybrids are more expensive and studies have shown that gasoline would have to reach $8 per gallon before EV owners saw savings in pricing over a six-year period (which is roughly the amount of time EVs are owned before they get traded in). It’s not a myth automakers seem particularly enthusiastic about debunking.

The argument is that the plants necessary to build the cars in the first place undo the positive effects of the cars themselves. Yet the laws which limit the pollutants allowable in the air by EV factories are much stricter than the ones in place for gasoline-powered cars; plus, EV cars produce zero tailpipe emissions and convert 75 percent of the chemical energy from their batteries, while gasoline cars only convert 20 percent.

More charging stations will be necessary, it’s true, but most charging will be done in-home and overnight. (Critics also question the effect this will have on monthly electric bills; while it will cause a noticeable increase, monthly gasoline expenditure is still significantly higher.) At the same time, the development of an infrastructure of charging stations is already in the works, with at least seven companies competing for dominance in that arena. Clearly, EVs are expected to become an even more common sight on the roads.