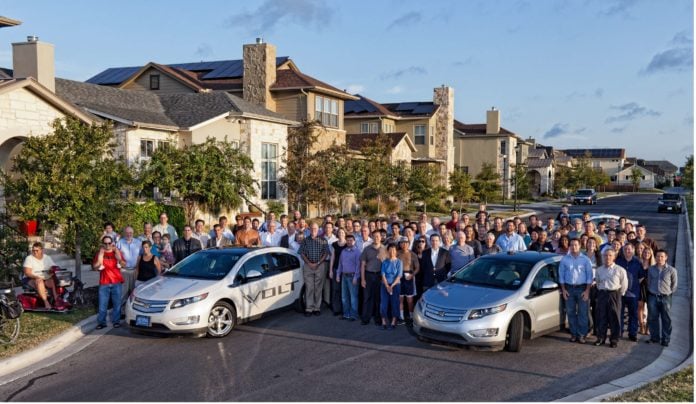 Researchers at the University of Texas at Austin and Pecan Street Inc. recently received a significant boost for a smart-grid demonstration in Austin’s Mueller neighborhood. General Motors and OnStar join corporate sponsors like Whirlpool and Sony in supporting the Pecan Street Demonstration. This project incorporates more than 1,000 homes in the Mueller neighborhood into a smart utility grid. Residents gain access to eco-friendly appliances, building supplies and Chevy Volts in exchange for a wealth of data sets collected by Pecan Street Inc. and university researchers. This experiment in intelligent grid management could become mainstream thanks to changing market trends as well as technical advancements.

GM began supplying 1,000 Chevy Volts for select participants in this study at the end of last year. The Mueller neighborhood features the highest density of EV use anywhere in the United States due to GM’s role in the demonstration. GM and Pecan Street Inc. also provide rebates up to $10,500 per vehicle for residents committing to three-year Volt leases. These rebates significantly overshadow more modest incentives offered by Pecan Street Inc. for Nissan LEAF and Prius PHV leases. GM has ramped up rebates and vehicle availability for Pecan Street to show the Volt’s ability to function within smart grids. 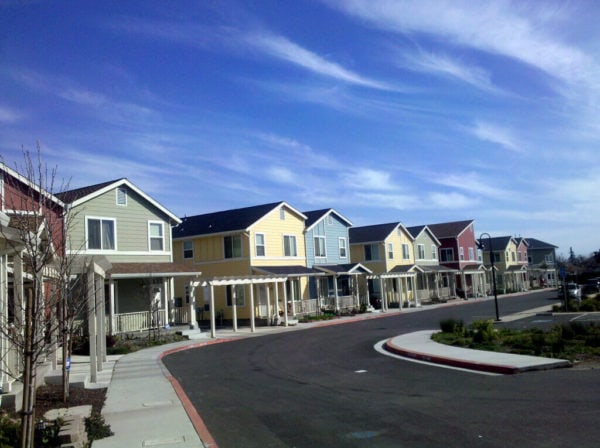 The City of Austin turned a former municipal airport into the Mueller neighborhood in 1969. This 700-acre neighborhood features 25% affordable housing to attract a broader range of homeowners. Mueller became the world’s largest LEED for Neighborhood Development certified community in 2009 thanks to myriad sustainability features. City officials and developers focused on water reclamation systems as well as carbon sequestering when building homes. Each home in the Mueller neighborhood uses as much eco-friendly building material as possible given affordability standards. An example of this ultra-green building ethos is the use of rooftop solar panels in about 40% of Mueller houses.

The Pecan Street Demonstration Project balances public and private funds to show that smarter grids can be achieved today. The U.S. Department of Energy supplied $10.4 million for the project with private partners providing $14 million in matching funds along with household products. Researchers at the University of Texas at Austin and the National Renewable Energy Laboratory will spend five years determining how customers deal with eco-friendly technology.

Participants will be interviewed about their experiences driving Chevy Volts, washing clothes with efficient machines and managing energy usage throughout their homes. The advancement of energy-efficient appliances and management systems allows homeowners to reduce environment impact without changing daily habits. Automakers like GM must follow suit by showing plug-in vehicles as affordable, comfortable and fun alternatives to traditional models.