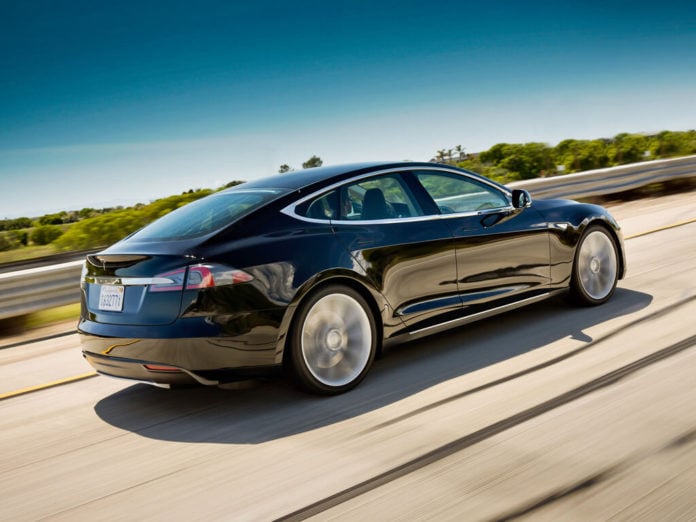 It’s a little bit mind-boggling to think that only a century ago, cars were just starting to become available to the average man. Fast forward to today and almost everyone in the modern world has a vehicle, if not two. Cars have become one of the most ubiquitous and important pieces of technology that we humans have ever invented…but all that doesn’t matter if we can figure out how to improve them once more.

It’s no secret that we are using up oil reserves that ever-increasing rate. The fact that many politicians try to ignore this or brush it under the carpet doesn’t make it any less true.  Cars are by far the biggest consumers of oil on the planet and they don’t seem to be stopping anytime soon. As oil reserves dwindle, gas prices will go up and cars will be able to be used much less frequently. The impacts of this on both the environment and the global economy are going to be absolutely catastrophic.

Something needs to be done, and Tesla Motors is a car company that is aiming to tackle this problem head-on. Their CEO, Elon Musk, is a man with an impressive history of entrepreneurship and innovation. Not only is he the founder of PayPal, but he also recently docked a commercial space shuttle into the International Space Station. This is a first in the history of space, but Elon does not only deal with outer world records. He has set out to develop a fully electric line of vehicles and make them the standard motor vehicle by 2040. His first project was the Tesla Roadster, a $110,000 sports vehicle that is fully electric and boasts an impressive range and 0 to 60 time.

It may seem a little bit counterintuitive that he is aiming to solve the oil crisis while making sports cars, but if you ask Elon why he did this, the answer he gives is simple: he needed to create the Tesla Roadster in order to open the doors to create a more affordable sedan. By raising interest and cash with the launch of the Roadster, he was able to generate enough credibility to put the Model S into play.

The Model S is Tesla’s attempt at a luxury sedan, and they’ve succeeded magnificently. However, this still does not address the mass market – not everyone can afford one of these cars. Again, Elon needed to create this car in order to create an extremely affordable, mass-market electronic vehicle that could truly change the world. Again, he has achieved this goal with flying colors.  The Model S has received universal critical acclaim, as it is the first car to be constructed from the ground up with the intention of it being electric vehicle. This means that the car itself has been designed absolutely no concern for the internal combustion engine, which is a first in the history of the automobile.

If you drive by the Tesla factory, you will see a gigantic custom banner plastered across the headquarters featuring a blueprint of their latest idea, the affordable electric vehicle. While there is no information from Tesla or Elon about exactly what it’s going to be or when it’s going to be constructed, if we look at the track record of the company it is inevitable that this next car is going to change the world. This is a dream that both Tesla and Elon have had for quite some time, and it is a dream that the world needs in order to create a sustainable future – a future where we are not so dependent on fossil fuels and we all use as many sustainable resources as possible. With population increasing at an ever growing rate and no sign of stopping in the future, companies like Tesla Motors and people like Elon Musk are exactly what we need. Unafraid to make big changes and take huge risks, they pave the way toward a brighter future for us all.