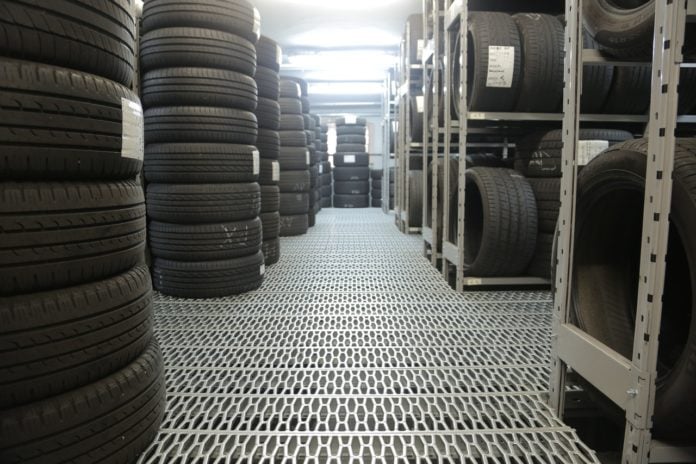 With environmental rules getting tighter by the day, almost all major industries are looking to reduce their carbon footprint and increase production on products that don’t hurt the planet with the growing concern over rising greenhouse gas emissions and its consequence: global warming.

The largest North American tire maker, Goodyear Tire & Rubber Co., has plans to alter their tire production by using a new rubber compound that utilizes soybean oil in lieu of petroleum. According to their company researchers – their research is partially funded by the United Soybean Board (USB) – using soybean oil has multiple benefits, including the longevity of the tire and environment benefits.

The company shares that using soybean oil can increase the tread life of a tire by up to 10 percent, making the tires more long lasting and economical for the consumer. The researchers also found that switching over to soybean oil can reduce their use of petroleum-based oil by seven million gallons a year–a significant saving when you consider that it is equivalent to the amount of oil 8,000 American drivers might use in a year, according to MSN. What’s more, the switchover to soybean tires will increase efficiency, since soy-based rubber blends more effortlessly with the silica in the tire, and may also reduce energy consumption at Good year factories’, and in turn reduce greenhouse gas emissions.

“Goodyear is committed to caring for the environment and communities, and use of soybean oil is proving to be another way to accomplish this goal. Consumers benefit through improved tread life, Goodyear gains with increased efficiency and energy savings and we all win whenever there is a positive impact on the environment.”

According to the Rubber Manufacturers Association, a typical synthetic rubber tire contains roughly 5 gallons of petroleum-based oil. But Goodyear doesn’t know exactly how much of the 5 gallons will be replaced by soybean oil. One can only hope a significant portion of petroleum will be replaced by soybean oil. Regardless, the USB has given Goodyear a grant of $500,000 to be given over the course of two years.

“The United Soybean Board congratulates Goodyear for its commitment to sustainability. The ongoing discovery of novel applications for soybean oil validates our commitment to the environment, cultivating a renewable feedstock that reduces carbon emissions and provides a natural replacement for petrochemical alternatives. The USB and America’s soybean farmers are excited to support Goodyear in this effort to provide consumers with cost-effective, eco-friendly products.”

Prototypes of the innovative tire are already being produced at the company’s Lawton, Oklahoma plant and in the upcoming months, they will undergo real world testing in San Angelo, Texas. A prototype of the tire will also be introduced at The Ford Motor Company’s research center in Dearborn, Michigan on August 6-7. If the tire lives up to its claims, it could be on the market as early as 2015. 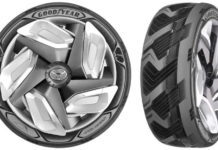 These Goodyear Tires Can Charge Your Electric Car 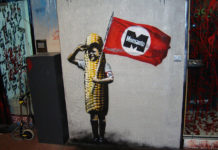 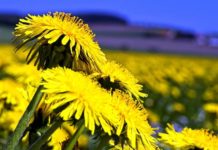 Dandelions could be the next source for rubber 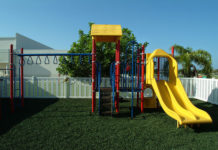 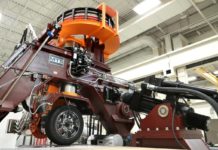 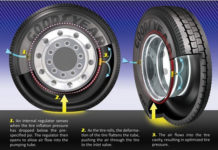 Goodyear: one of America’s greenest companies