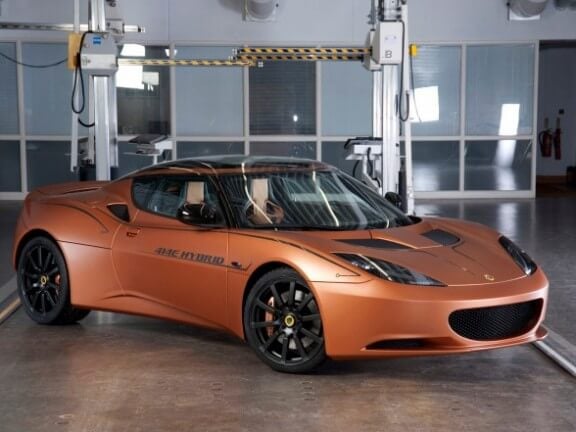 Lotus Cars generated plenty of hype after unveiling the Evora 414E Hybrid prototype at the 2010 Geneva Motor Show. This plug-in hybrid showed the British automaker’s turn toward eco-friendly technology that works with sporty vehicle design. Lotus seemed to have placed this innovative model on the backburner in the midst of industrial changes and sagging sales figures for traditional models. The Lotus Cars facility in Northfolk, United Kingdom began testing the Lotus Evora 414E after two years of delays and fitful starts. Early results from Northfolk show that the Evora 414E might have been worth the long wait. 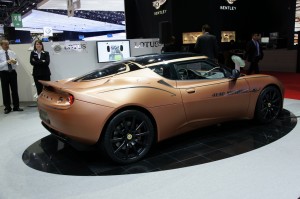 The Evora 414E is powered by a 17kWh lithium-ion battery pack as well as a pair of EVO Electric motors based on the rear axle. Lotus added the Xtrac 1092 transmission to maximize the effectiveness of the electric motors. The Evora 414E can be recharged by using the 1.3-liter engine as a generator or accessing power from an EV charging station. Maximum output for the engine is 50kW with output for the overall drive system estimated at 304 kW. Lotus manages all of these components with an in-house controller that alternates between gas, electric and combined power.

Results of the Evora 414E road tests in Northfolk should determine whether this drive system can live up to the hype. An all-electric range of 30 miles approaches the range offered by the Chevy Volt. An electronically limited top speed of 130 miles per hour keeps down emissions and fuel consumption. Lotus claims that the Evora 414E can hit 60 MPH from a standstill at about four seconds, which is competitive with standard sports cars. The automaker was also excited by a total system torque of 738 lb-ft, representing a 250% increase in torque compared to the Tesla Roadster. 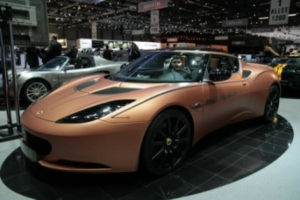 Lotus focused on a dynamic driving experience when designing the Evora 414E. This demonstrator would be available with two or three-cylinder engines capable of 20kW, 35kW and 50kW outputs. The Evora 414E also simulates the traditional driving experience using a paddle shift system akin to a dual-clutch transmission.

Drivers feel simulated jolts with each gear change and hear enhanced engine sounds designed by Lotus Engineering. An innovative element of the Evora 414E is the customization of regenerative braking by pressing once, twice or three times on the paddle. This feature allows the driver to lighten kinetic energy collection during typical stops or ramp up collection at high speeds.

The automotive industry must diversify hybrid and plug-in offerings in order to attract broader groups of consumers. Toyota, Nissan, Honda and General Motors already seem to have a firm grasp on the passenger sedan market. The focus of automakers in Japan, Europe and North America also seems trained on city cars with high fuel economy and small frames.

Lotus Cars is among a small group of automakers poised to take advantage of the sporty hybrid niche. The Evora 414E took a circuitous route from Geneva to initial road testing but demonstrates the potential for high-performance hybrids. Consumers will not see the Evora 414E in showrooms soon but Lotus is on the right track toward attracting their target audiences.