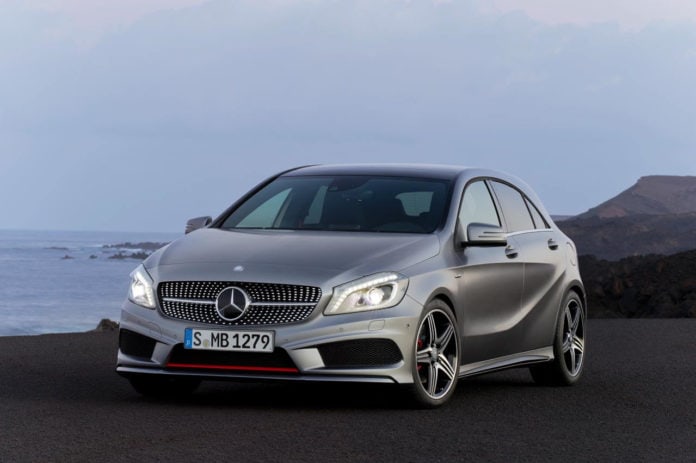 Engineers at Mercedes-Benz have been busy catching up with the competition in the hybrid vehicle market. The German automaker released the S400 Hybrid in 2009 with a retail price just over $91,000. Mercedes-Benz noted that while the S400 Hybrid is not the vanguard of hybrid vehicles, it does contain advanced safety features and extended driving range. The S400 Hybrid is a relatively late entry for Mercedes-Benz due to the company’s focus on prototypes powered by clean diesel and hydrogen. The primary reason for this arrested development becomes clear with the release of the fuel-efficient A-Class. This line of luxury sedans is not powered by hybrid drives but still achieve major improvements in fuel efficiency. 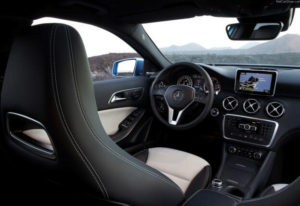 The A-Class offers gas and diesel engines ranging from 80kW to 155kW of maximum output. Each model is equipped with the ECO start/stop mechanism that cuts the engine during full stops. Mercedes-Benz offers a six-speed manual transmission as well as a dual-clutch automatic transmission with the A-Class.

The A 180 CDI is the automaker’s first model to emit less than 98 grams of carbon dioxide per kilometer. This baseline diesel model achieves a fuel economy rating of 55 miles per gallon, a 35% improvement in fuel economy over the preceding A 160 CDI. The more powerful A200 CDI has a 43.6 MPG rating even with a gas engine, a 26% improvement on preceding models.

Mercedes-Benz touted the Collision Prevention Assist system when releasing details about the A-Class. This system utilizes radar to detect stationary obstacles as well as other motorists when the vehicle is in motion. The A-Class is designed to avoid rear-end collisions at moderate speeds common on city streets during rush hour. Drivers receive audio and visual warnings from their dashboards when other motorists suddenly change lanes. These warnings are also activated when distances between cars drastically decrease, thus creating conditions for accidents. 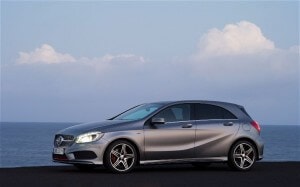 Each model in the A-Class line features subtle safety features new to the Mercedes-Benz fleet. The Speed Limit Assist uses an onboard camera to detect speed limit signs on motorways and control speed to avoid tickets. Drivers receive warnings from their dashboards when drifting to the edges of lanes thanks to Lane Keeping Assist.

A High Beam Assist detects oncoming traffic and dims high beams to prevent distractions for other motorists. This full slate of safety features contributes to the eco-friendly credentials of the A-Class by encourage more efficient commutes.

The A-Class has already been put through the ringer during a rigorous testing process in North America, Japan and Europe. Test drivers recruited by Mercedes-Benz covered more than two million miles in the past year to test the mettle of the A-Class. The automaker tested the Collision Prevention Assist feature using 110 drivers within a simulated environment.

These tests revealed that Collision Prevention Assist reduced accident rates from 44% to 11% during three common scenarios. Mercedes-Benz certainly isolates the A-Class from the typical consumer due to a high sticker price but should be applauded for taking significant steps toward reducing environmental impacts.